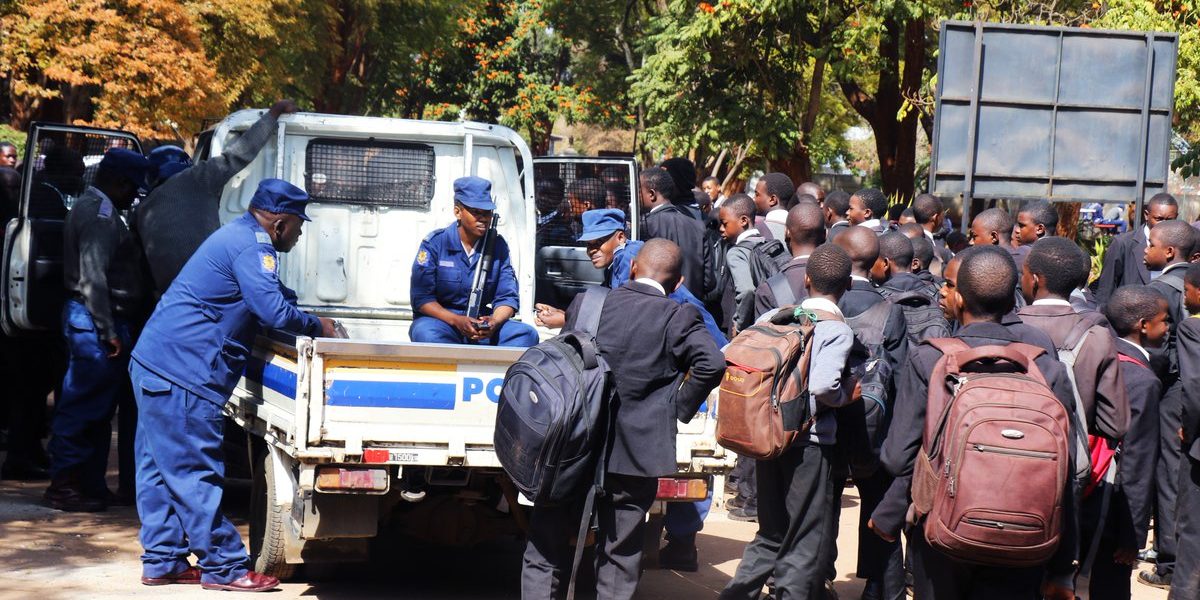 Police have arrested and detained seven pupils from Allan Wilson High School in Harare for allegedly participating in a demonstration held on 7 February this year.

In a post on social media, the Zimbabwe Lawyers for Human Rights (ZLHR) said:

In Zimbabwe, persecution of citizens reaches a new “low” with the arrest and detention of 7 Allan Wilson High School students for allegedly participating in a demonstration held on 7 February 2020.

Currently, ZLHR has deployed lawyers to represent and try and secure freedom for the students.

Meanwhile, several women were arrested and detained in Mutoko on Thursday after they marched to the education offices demanding what the Amalgamated Rural Teachers Union of Zimbabwe (ARTUZ) referred to as ” inclusive access to quality education”. ARTUZ posted a short statement on Twitter which reads:

Precious Kanyuchi, Esnath Kadoro, Ruth Kurebwaseka, Previous Chari, Nomater Chiripanyanga Peace Chari and Memory Kasaira are the mothers who will sleep in Mtoko police today. Their crime was to demand inclusive access to quality education. These are our heroines.