ZERA has dismissed social media reports that fuel prices have been hiked. Social media is awash with a picture that says Diesel is now priced at $24.79, Petrol at $23.97. 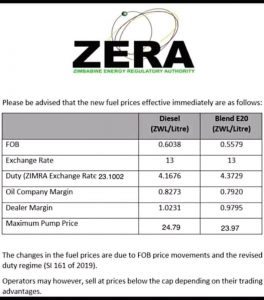 In dismissing the picture as fake, ZERA wrote a statement which reads in part:

ZERA would like to advise its stakeholders, and members of the public to disregard a fake fuel price increase notification being corculated on some sections of the social media.

Stakeholders are further advised that the fuel price reveiw notices from the official regulators bears an official ZERA Stamp. 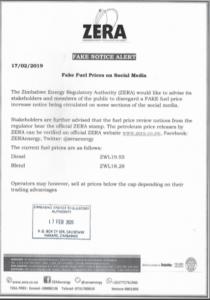