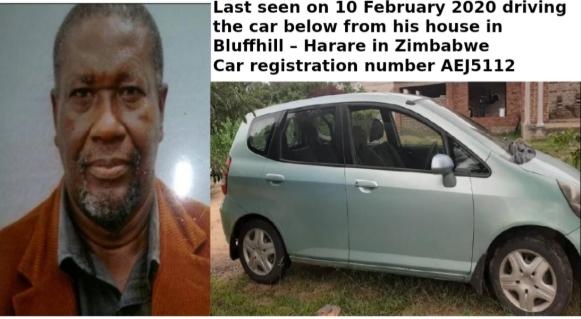 The family of the murdered taxi driver whose body was found behind in Emerald Hills have reportedly expressed their grief over the fact that the VAYA vehicle tracking system glitched when they needed it the most to track their missing father’s car when the client he was supposed to pick informed them that he didn’t show up.

Speaking to the H Metro, one of the deceased’s sons said:

I’m really hurt nemafiro ababa, ndiri kubatikana ne Econet (im hurting because of Econet’s System). We paid for the car tracker but haina kuti batsira ( it didnt help) they kept telling to us kuti their server was down. Zvinorwadza kuti we paid for the tracker when the car was registered for VAYA asi hazvina kubatsira

Claudius Nyanga who was a Taxi driver went missing on Monday and his body was found in Emerald Hill 2 days later. ZRP tweeted an update on Nyanga and said:

A taxi driver who went missing on 10/2/20 was found dead in a shallow well on 12/2/20 in Emerald Hill, Hre. His hands were tied with shoes laces & he had injuries on the right side of his head. The light green Honda Fit vehicle, registration number AEJ-5112 is still missing. The case is being investigated.