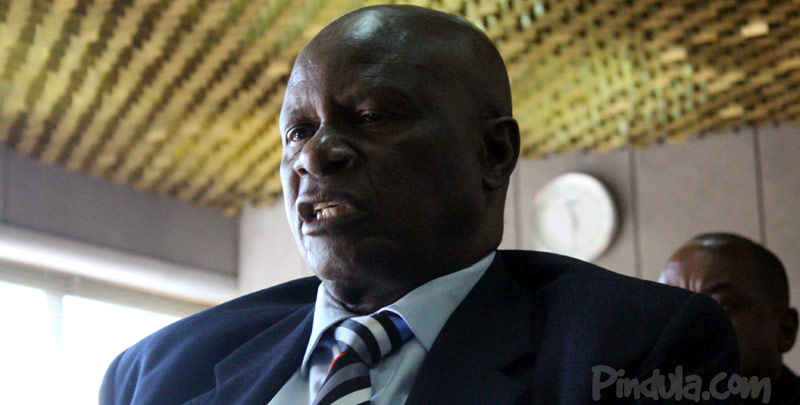 Suspended ZANU PF Youth League leaders Lewis Matutu and Godfrey Tsenengamu face expulsion from the party after they defied a directive by the politburo to undergo rigorous ideological training at the Chitepo Ideological School.

Acting Zanu PF spokesperson Patrick Chinamasa told the Zimbabwe Independent that appropriate action will be taken against the defiant duo:

That is going to be a commissariat issue and it is a question of discipline. Cde (Victor) Matemadanda (Zanu PF national political commissar) said he was worried about the post-politburo (meeting) behaviour of the comrades.

The circumstances pertaining to their breach of the previous directive of the politburo were very clear. They breached that directive in the full glare of the public. Everybody got to know.

The two comrades did it deliberately to flout the directive of the politburo and that they knew there would be consequences.

So, clearly, that constituted an act of indiscipline, which could not be tolerated. There was no question about what they did.