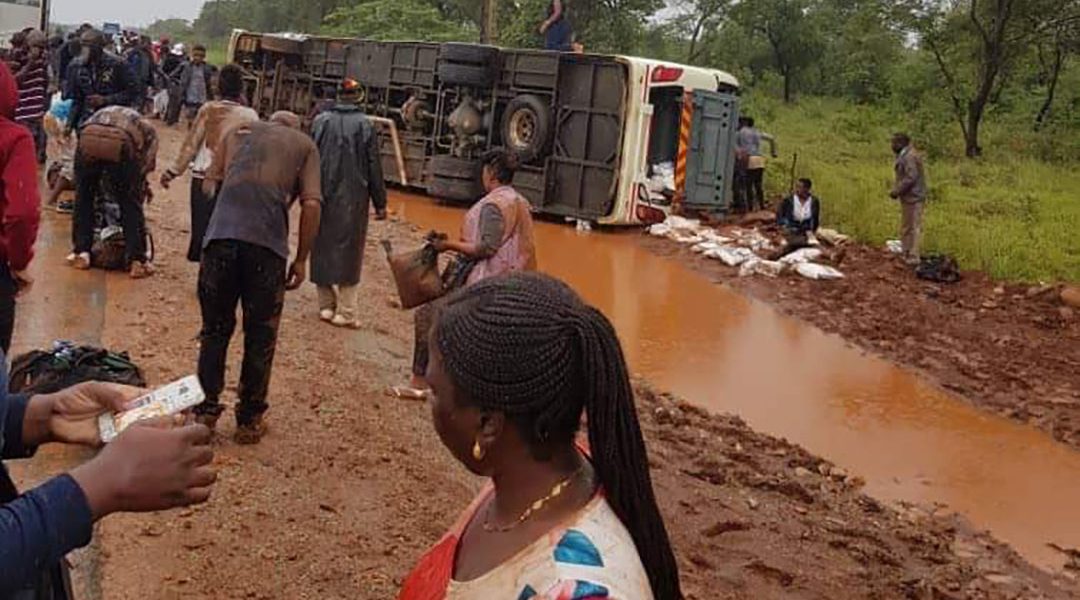 The bus is one of a fleet of “new” buses bought from Belarus and is the fourth ZUPCO bus to be involved in an accident since December 28, 2019.

While the Zimbabwe Republic Police (ZRP) said investigations to ascertain the cause of the accident were ongoing, Mashonaland East police spokesperson Inspector Tendai Mwanza urged drivers not to speed as roads are wet and slippery. Mwanza said:

On approaching the 57km peg, the driver lost control of the bus and it veered off the road, overturned and landed on its right side.

Twenty-seven people were injured and were rushed to Beatrice Hospital for treatment. We are still investigating the cause of the accident.

Roads are usually very slippery when it is raining, we urge drivers to exercise extreme caution in this rainy weather to avoid accidents.

On Monday, another “new” ZUPCO bus side-swiped with a Honda Fit near Kwekwe before ramming into two parked kombis resulting in the death of 7 people.