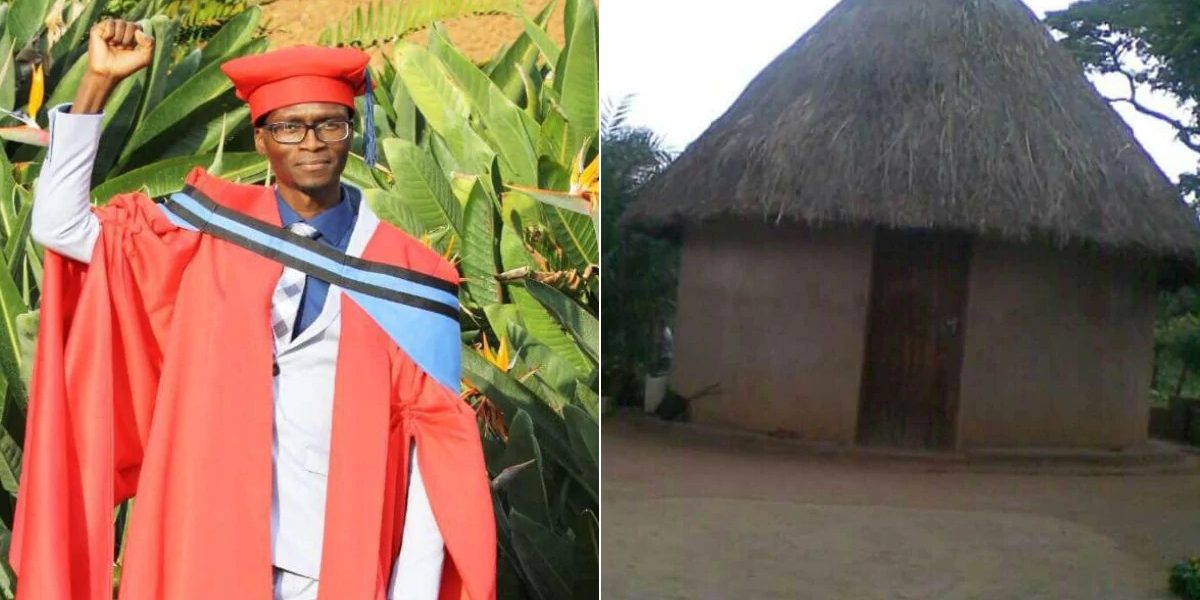 A South African Man, Dr Tshilidzi Nenzhelele has surprised many social media users when he revealed on Facebook #ImStaying group that he attained his doctoral PhD while staying in a mud hut.

Nenzhelele also narrated how he used to live in a mud hut and ride on a donkey cart for transportation but soldiered on until he attained his PhD. He posted:

A number of social media users responded to the post saying that it was a great inspiration to others.
Below is the picture of Dr Tshilidzi Nenzhelele and the hut where he used to stay. 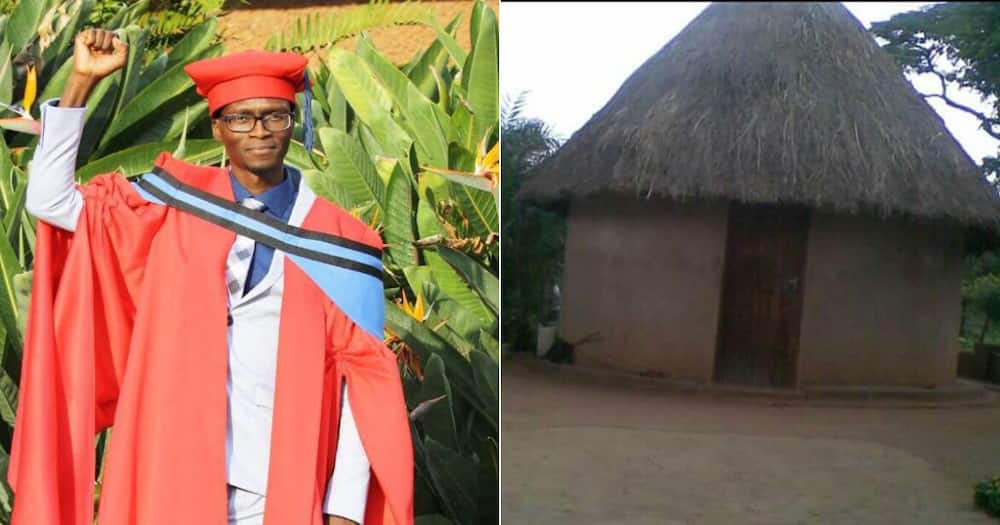