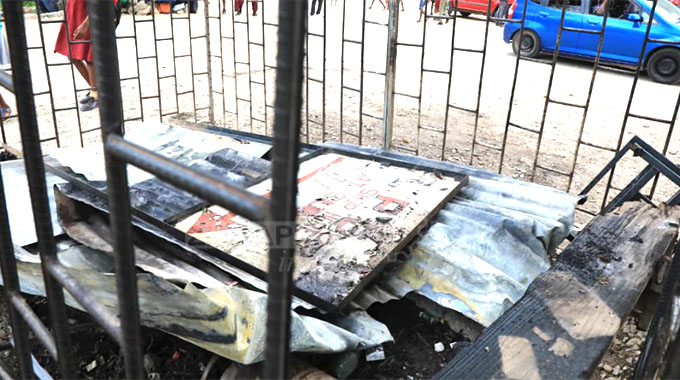 Three people had a close shave with death in Chinhoyi’s high-density suburb of Chikonohono when tanks filled with liquid petroleum (LP) gas caught fire and exploded on Thursday.

An eyewitness, Peter Virimo told The Herald that the fire was caused by gas leakages that were ignited by flames from a restaurant nearby.

One of the injured was the gas owner, who attempted to close the leaking cylinder valves after the fire had started. Said Virimo:

When the guy realised that one of his tanks was leaking, he carried a toddler that was with him to safety before going back to close the valve.

A female bartender who came to witness the inferno and a physically challenged man who was also close to the accident site are said to have been the other casualties.

Chinhoyi Municipality town clerk Maxwell Kaitano told the publication that it was regrettable that the trader failed to be circumspect resulting in the accident.