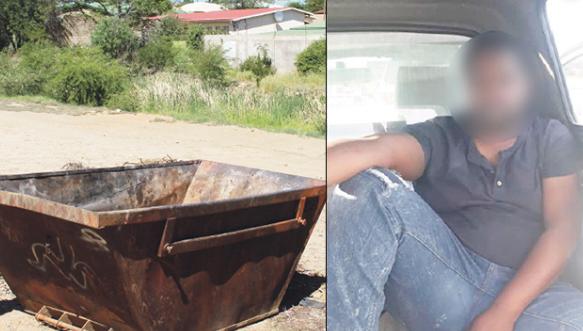 The police in Namibia have arrested 3 Zimbabweans in connection with the murder of a 10-year-old girl, The Namibian reports. According to the publication, of the 3 suspects, 2 of them are believed to be husband and wife while the third suspect is believed to be the girls’ mother.

The girl’s body was discovered on Saturday after residents of the area smelt a repugnant smell coming from the dumpsite. and later on discovered it was the body of a girl burnt beyond recognition.

Video footage of the suspects dragging a wheelie bin with the body of the deceased at around 2100hrs and setting it alight on Friday night has surfaced.

The couple after disposing of the body left Windhoek attempting to flee from the wrath of the law but were nabbed before they left the country. A vehicle that was ferrying one of them back to Windhoek overturned resulting in the suspect sustaining injuries.