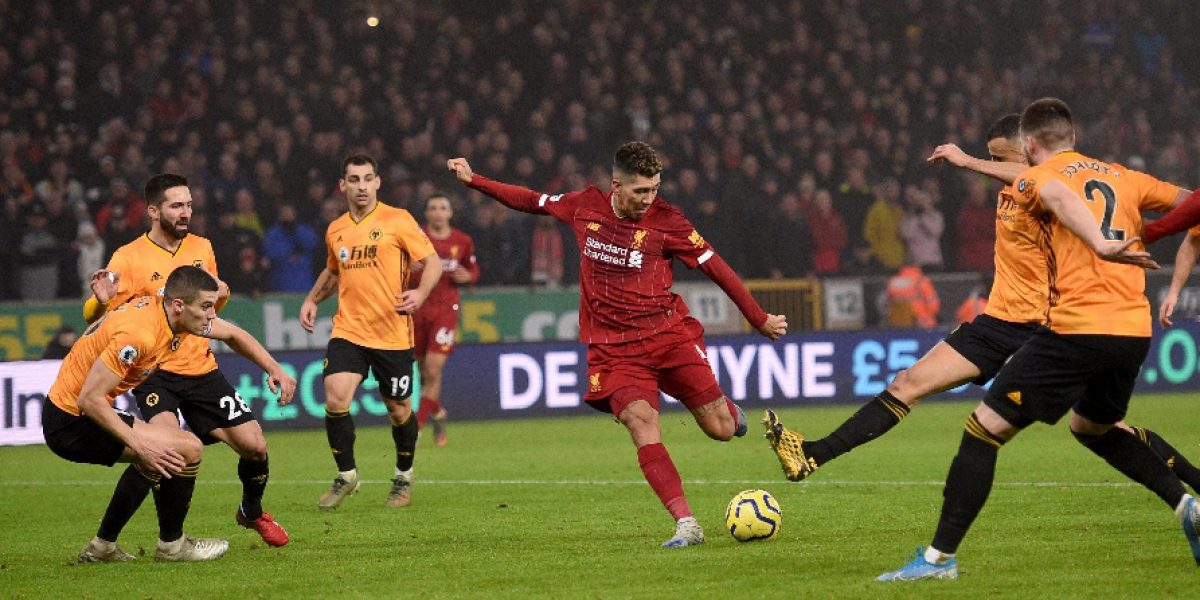 The win also extended Liverpool’s lead at the top to 16 points with a game in hand over Manchester City in second.

The Reds got their goals through Jordan Henderson (8′) and Roberto Firmino (84′) while Wolves scored their solitary goal through Raul Jimenez (51′).

During the second half of the match, Wolves dominated so much that Liverpool risked a thorough beating but somehow, the champions-elect dug deep to emerge victoriously. Writing for the Mirror, Andy Dunn observed:

For a spell, the champions-elect looked human after all, tired, vulnerable and there for the taking.

They almost seemed shot to pieces, unable to cope with a Wolves surge, the like of which Jurgen Klopp’s side have not had to try and deal with in a long time.

Nevertheless, Firmino struck the deciding goal with only six minutes before the final whistle. This came after Sadio Mane was injured and replaced by new boy Takumi Minamino in the 33rd minute.

Meanwhile, Liverpool haven’t lost a single Premier League match in 40 – 5 of the results were draws – and this season the Reds have won 21 out of 22, the only draw being a 1-1 stalemate at Old Trafford.

The Reds can extend the 16-point lead at West Ham on Wednesday as they play their game in hand. By the time Manchester City next play in the league, the gap could be 22 points.