President Emmerson Mnangagwa, in 2018, directed senior government officials, to declare their assets. See the statement that was issued by the Chief Secretary to the President and Cabinet, Dr M.J.M. Sibanda on the mandatory declaration of assets. 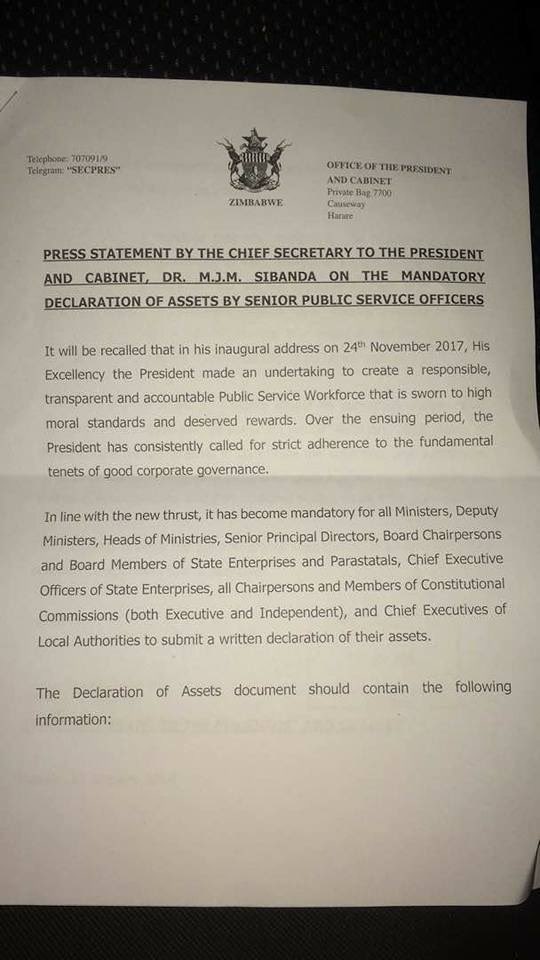 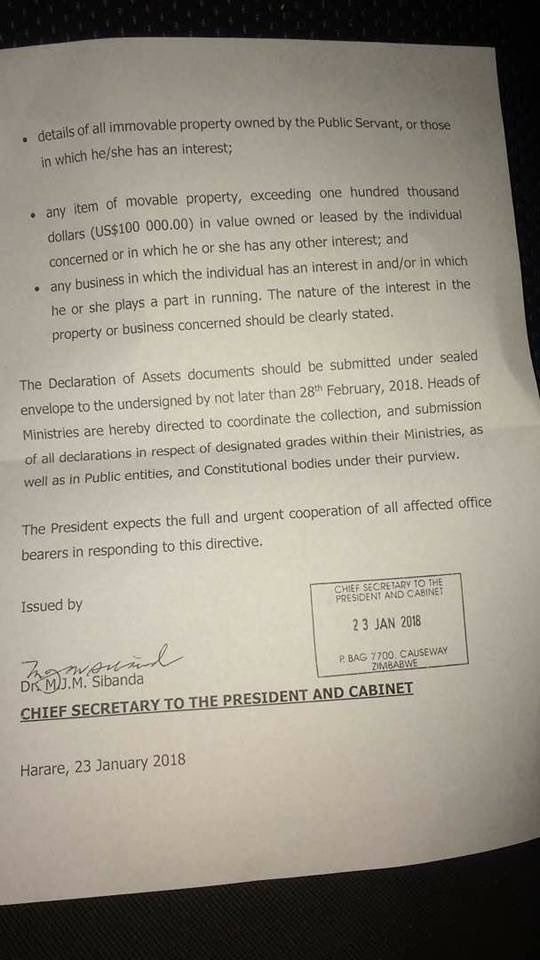 Some may, however, want to know what became of the directive. This comes amidst reports that most senior government officials own assets which they cannot account for.

The legal battle between Vice President Constantino Chiwenga and his estranged wife Marry Mubaiwa-Chiwenga exposed a huge between the lives which political elites lead and that of the general populace.

Marry demanded US$40 000 in maintenance, every month, an amount which a common man would not get in ten years.

This would suggest that the US$40 000 is just “change” to the former army boss.