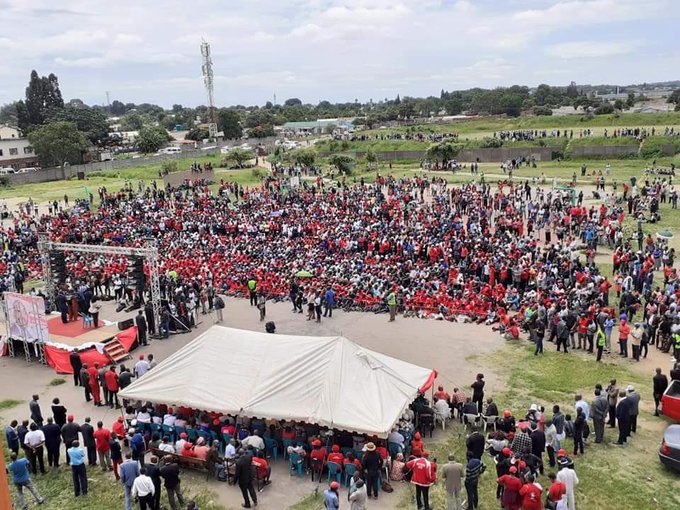 If you try and strip this whole so-called agenda speech of all the flowery nature of his language, what stares you in the face is a series of contradictions.

He now seeks to introduce the military into the dialogue without realising that he is running foul to the Constitution. At one level, you can’t be saying security forces must be apolitical, but at the same time, you are making them a stakeholder in political dialogue.

Secondly, he has lifted the issue of legitimacy as a precondition for dialogue. The question then that stands is what else remains?

When he says legitimacy is not a precondition, so what else necessitates a dialogue yet in fact all along and by his confession including his interaction with churches, he was saying the number one question is the question of legitimacy?

In his 2020 Agenda launch, Chamisa reiterated to his supporters that the collapse of the country’s economic and social fabric was the signal to take action.