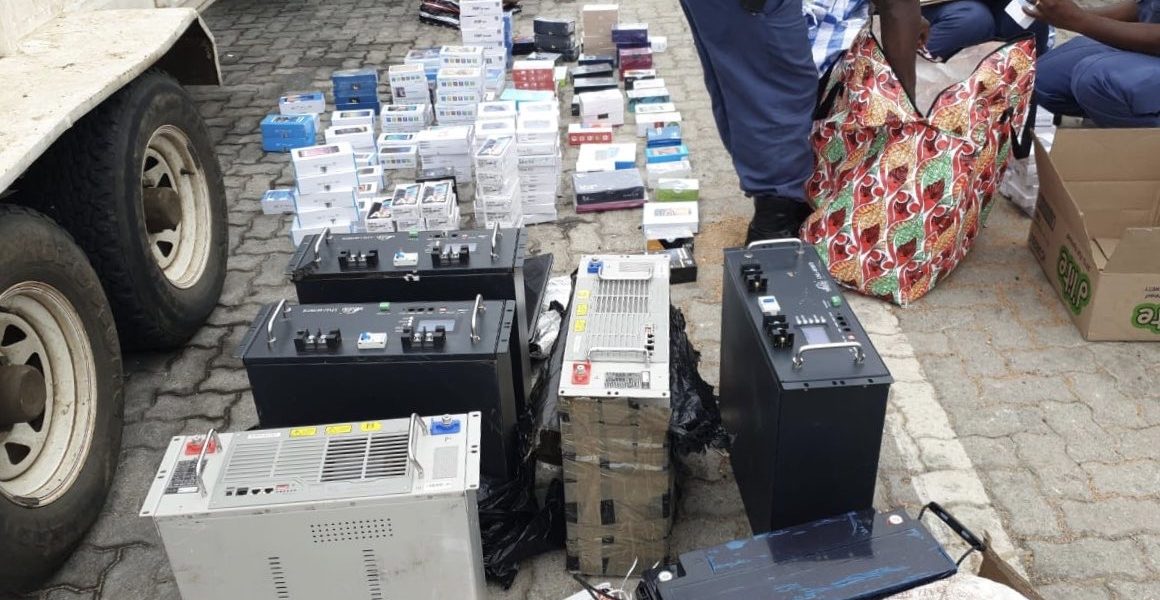 Some of the goods receovered by South African Police in Polokwane

Three Zimbabweans were reportedly nabbed by the South Africa Police Service (SAPS) in Polokwane while on their way back home.

The claim was made by Yusuf Abramjee on Twitter, who further alleged that police recovered 207 new cell phones and five cell tower batteries among other things. He wrote:

Three suspects arrested and some R1m worth of stolen goods recovered in Polokwane en-route to Zimbabwe. 207 new cellphones, five cell tower batteries, three solar panels and two laptops were found concealed inside a trailer with the luggage.

Some commentators queried why Abramjee concluded that the “thieves” were Zimbabweans, while others blamed Zimbabwean nationals for most of South Africa’s ills.

Below are some of the comments:

One Dumisani Sibanda wrote: If someone is in Polokwane, are they on their way to Zimbabwe  @Abramjee? Were these people carrying Zim passport?

Sabelo: To Zimbabwean & Mozambican governments issued warning in December 2their citizens to take precaution when travelling to RSA due to violent crime and high rate. Zimbabweans have crippled our infrastructure from cable thefts, cell tower batteries, they stole oil in trucks, stock theft.

Ndivhuwo: You must see the destruction they’re doing to forestry plantation and indigenous forests here at Limpopo, massive damage, they freely sell timber for roof trusses as they own them.

Hakuna Mathatha: Why are the Zimbabweans becoming like Nigerians now when it comes to giving us problems? Labantu ba relaxed too much nhe.

Faizel Patel: That’s a lot of cell phones. Well done to SAPs for nabbing these criminals. I wonder how many other consignments have managed to get to Zimbabwe. S.A. seems a lucrative country for cellphone thieves.