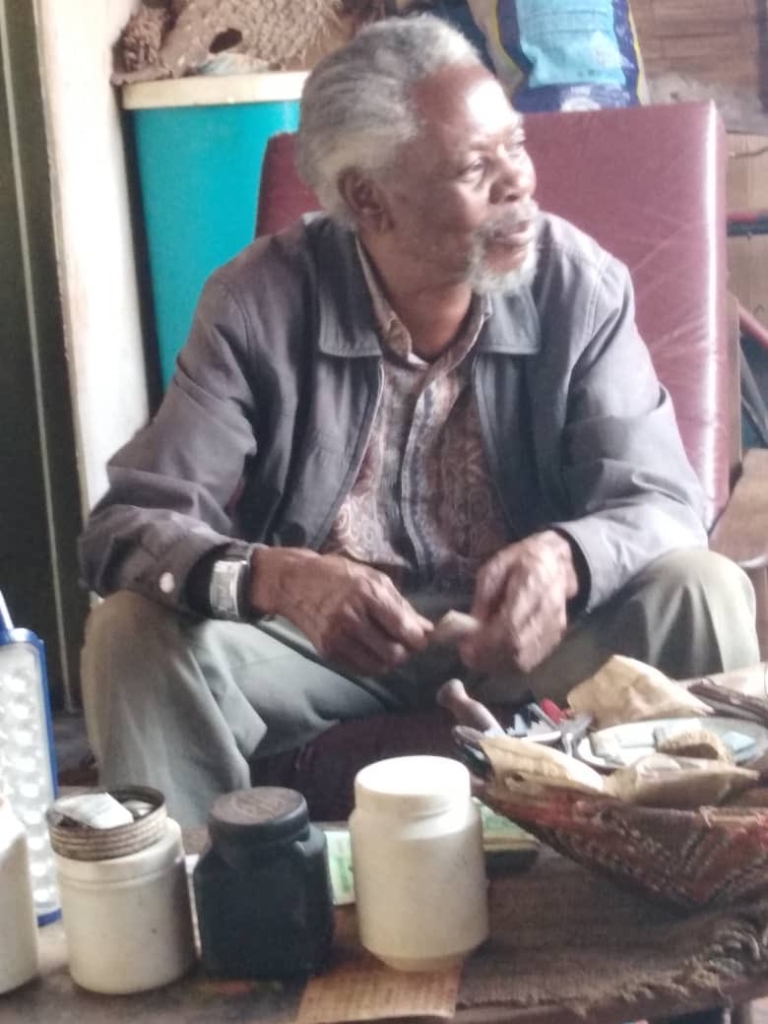 Paidamoyo Mazulu, an opinionist writing for Newsday detailed all the blackmagic stories that made it into the media, linked to politicians, and asked if their political power came from witchcraft.

Sekuru Chinengozi and Sekuru Ndunge have become household names across Zimbabwe, and for some unexplained reasons among Zimbabwe’s political elites.

Stories of swanky, sport utility vehicles treading the dirty, red clay soil of Chipinge are common. What they seek from the men and women of dark arts remains a secret. Speculation, however, is abound that many travel there to seek fortune or power to lead the country at some point.

Zimbabweans for the second time in less than five months have had a small window to peep into the lives of the rich, powerful and famous politicians’ beliefs in the dark arts. Stories that send blood-chilling sensations, stuff for horror movies.

Only this week, Zimbabweans were introduced to the cults within one of the most powerful couples post-Robert Mugabe era — the Chiwengas (Constantino and Marry) via their ongoing acrimonious divorce at the High Court.

The retired army general has accused his wife of nine years of practicing witchcraft, performing rituals that he claimed have left their three minor children traumatised. Marry denies the allegations.

In his previous life, it was Chiwenga who faced the same allegations from his estranged wife, Joycelyn. There was accusation that the general then kept a coffin in his house and dabbled in black magic.

The public was denied the riveting divorce proceedings when the powerful general applied for a gag order against the media.

It looks certain that after all the dust has settled, the divorce may once again be held in camera, but for now, the circus continues.

Zimbabweans are still wondering about the late Mugabe’s instruction to his wife, Grace, that she was not supposed to leave his coffin unattended until his mortal remains were interred.

Some concluded that Mugabe was sadistic and enjoyed seeing other peole grieve, but his nephew let the cat out of the bag when he told the media — they were afraid some senior politicians would perform juju rituals on the Stateman’s corpse.

Grace stayed with the coffin for three solid weeks as the burial site was debated between the family and government.

The family, in a clear signal of their anger against the November 2017 military coup and subsequent ridiculing statements from the Lacoste faction — insinuating Mugabe was a sellout, snubbed the national shrine for a private family burial at his rural home in Zvimba.

It is an open secret that there is a general who does not officially stay with a wife and does not sleep on a bed.
Despite all his fortune and power, he still rolls on the floor each night because of suspected rituals.

A few years ago, a whole Cabinet, with more than five holders of doctorates, was duped by one Rotina Mavhunga, a traditional healer, who claimed she had found pure diesel oozing out of Maninga Hills in Chinhoyi.

The who-is-who in the security cluster went there, including current Vice-President Kembo Mohadi, to appease the spirits. Not one thought about the scientific creation of carbon-based fuels.

Mugabe in his last five years in power even accused then VP Joice Mujuru of witchcraft by consulting traditional leaders to find out if she was going to succeed the ailing leader. The episode caused her to lose her job, and resulted in declining political fortunes.

There is speculation surrounding ghosts at National Heroes Acre and some rituals performed in the dead of the night far from the prying eyes of the citizens.

Many families still do rituals at the graves of their loved ones and seek guidance from the dead.

Another case of suspected juju is the mysterious “black dog” that was responsible for the death of several Zanu PF leaders after Independence in 1980.

Some leaders became so afraid such that they would not drive their own vehicles.

However, after all is said and done, it can be argued that most political leaders in Zimbabwe are spiritual — believe in traditional healers or prophets.

While visits to traditional healers have been done in the dead of the night or mostly incognito, the fact remains, they believe in dark arts.

It surprises many that even though politics is scientific, our political leaders are spiritual. They believe in the bizarre and supernatural.

They consult traditional healers and prophets more often than they would read a book on development or governance.

Everything to them is spiritual. No wonder celebrity prophets and traditional healers have become obscenely rich.

For now divorces in Zimbabwe have given us a rare glimpse of the hair-raising rituals the political leaders engage in, the cultic practices and how they use their spiritualism to rise in their political careers.

Karl Marx could have been right when he wrote: “Religion is the opium of the masses.”

This has received new backing from scholars like Yuval Noah Harari, who in his book Homo Deus argues how spiritualism and myths are important in human lives.

However, he argues science is turning humans into man-god and scientists are close to defeating death and become immortal.

For now, with Sekuru Chinengozi and Sekuru Ndunge having joined their ancestors in the world yonder, Chipinge may have lost its lustre as the hunting ground for politicians, but that they are still consulting traditional healers is a fact.

One Comment on “OPINION: Witchcraft At The Center Of Zimbabwe’s Politics”