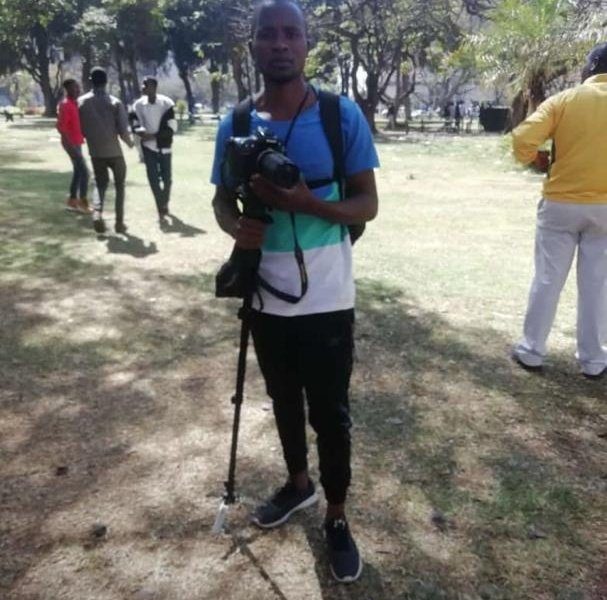 A ZIMBABWEAN court on Friday 17 January 2020 acquitted Doubt Asima, a freelance journalist, who had been on trial on charges of committing public violence after he was arrested when he tried to rescue an elderly woman, who had been assaulted by some Zimbabwe Republic Police (ZRP) officers during an anti-government protest held in August last year.

Asima, a 29-year-old freelance journalist had been on trial after he was arrested on Friday 16 August 2019 and charged with participating in a gathering with intent to promote public violence, breaches of peace or bigotry as defined in section 37(1)(a) of the Criminal Law (Codification and Reform) Act.

During the trial before Harare Magistrate Richard Ramaboea, prosecutors claimed that Asima and his co-accused Fabian Mushunga, aged 29 years, forcibly disturbed the peace, security, or order of the public by participating in a public demonstration held on Friday 16 August 2019 in Harare.

Prosecutors claimed that Asima and Mushunga, who were represented by Jeremiah Bamu and Tinomuda Shoko of Zimbabwe Lawyers for Human Rights, allegedly engaged in acts of public violence by barricading some streets in central Harare with stones and boulders and also threw stones at some police officers thereby disturbing the free movement of members of the public and some vehicles.

In his defence, Asima argued that his arrest and prosecution stems from malice and was a result of a desire by ZRP officers to conceal evidence of their wanton assaults and brutality against innocent citizens as one of them had approached and ordered him to stop taking photographs.

The freelance journalist stated that as a journalist, he was acting in the scope of his professional trade, gathering newsworthy photographs and he took pictures of some ZRP officers assaulting civilians at Africa Unity Square in Harare.

Asima said he noticed an elderly woman who had fallen down in the resultant stampede and rendered her assistance before continuing with his job. It was at this point that police officers approached him and ordered him to delete the photographs he was taking.

However, when Asima refused to delete the photographs, he was immediately arrested by ZRP officers and his protestations that he was a photo-journalist accredited by Zimbabwe Media Commission was not entertained by the law enforcement agents.

In his defence, Mushunga said he was arrested by ZRP officers when he was on his way to his place of residence in Cranborne suburb after collecting various mobile phone handsets from her relative in Belvedere suburb for repair.

Mushunga said he had no knowledge of any demonstration scheduled for Friday 16 August 2019 and was subjected to a stop and seizure by ZRP officers who asked him to produce his national identity document, which he did not have on person.

Thereafter, Mushunga was asked to sit down as he had no copy of his national identity document on person and was bundled into a police truck with other persons whom he did not know and taken to Harare Central Police Station, where he was subsequently advised of his charge.

On Friday 17 January 2020, Magistrate Ramaboea acquitted Asima and Mushunga after granting their application for discharge at the close of the prosecution case, which had been lodged by their lawyers, who had argued that their clients had not committed any offence and must not be put to their defence.