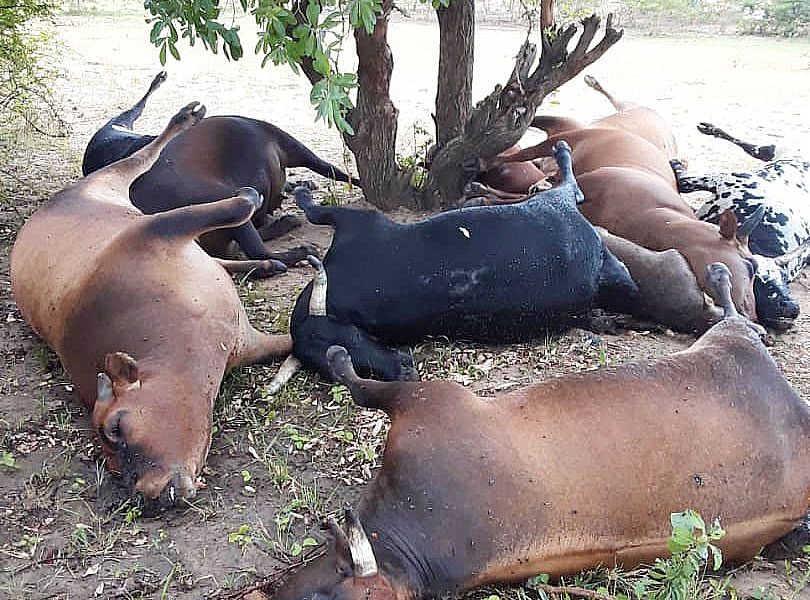 A Gokwe man under Chief Njelele accused of sending lighting to kill a villager and wipe out his two neighbours’ cattle fled from his home and sought refuge at Chief Nemangwe’s homestead.

64-year-old Raymond Masvimbo from Ganda village under Chief Njelele reportedly threatened his neighbours with unspecified action after they refused to give him their cattle for draught power.

Chief Njelele on Tuesday confirmed that some villagers wanted Masvimbo to be tried at his court but he skipped the border into Chief Nemangwe’s jurisdiction. Said Chief Njelele:

They declined, arguing that they were also busy with the beasts on the fields, but he reportedly threatened them with unspecified action and after some weeks, a mysterious lightning bolt struck and killed all their cattle.

Masvimbo, however, denied being responsible for the mysterious lightning.

He revealed that he had sought refuge at Chief Nemangwe’s court fearing for his life.