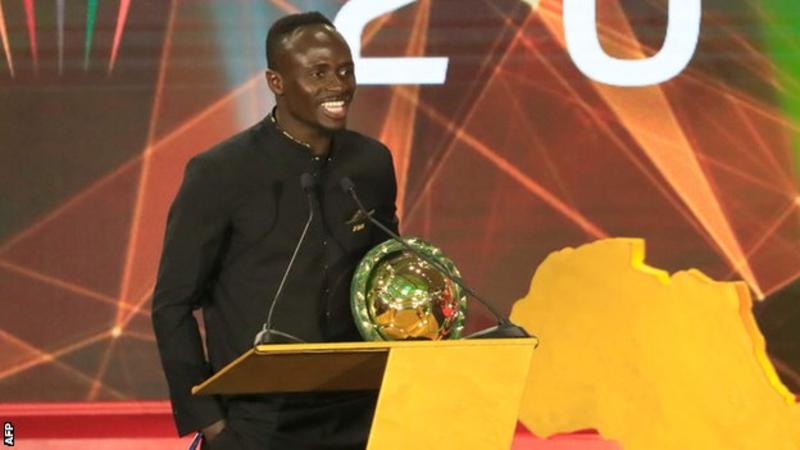 Senegalese footballer Sadio Mane has been named the Confederation of African Football’s (Caf) Player of the Year.

He collected his award at a ceremony in Hurghada, Egypt but neither Salah, who had won the award in both the past two years nor Mahrez were present.