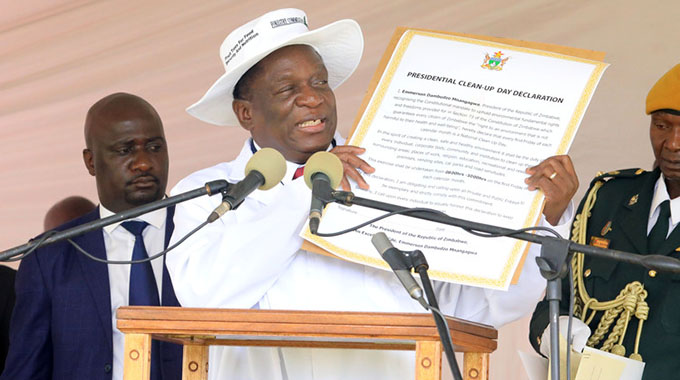 President Emmerson Mnangagwa has nothing to apologise for, but should rather be applauded for his commitment to helping the poor and vulnerable, and for highlighting the risks associated with eating red meat, a senior government official has said.

Permanent secretary in the Ministry of Information, Publicity and Broadcasting Services, Ndavaningi Mangwana, has defended his principal for “jokingly” saying he would deploy the army against Kuwadzana residents if they were responsible for the ongoing meteorological drought. Said Mangwana:

He then said that meat was not a priority and referred to the health risks associated with eating red meat and pointed to the health benefits that came with eating vegetables. Instead of being lampooned for making this statement, this should trigger a health campaign promoting the eating of vegetables and whole grain.

Mnangagwa made the “jokes” last Friday while leading the monthly national clean-up campaign in Kuwadzana, Harare.