Chalton Hwende, the Secretary-General of the opposition MDC led by advocate Nelson Chamisa has been criticised over lack of consistency on the effects of violence on the general populace.

In 2019, Hwende allegedly said that it was time to “roll out mass action”, President Emmerson Mnangagwa’s regime which he described as evil saying that “thousands” would be deployed into the streets.

Hwende said that they were defending their right to choose a president of their own choice. See picture below. 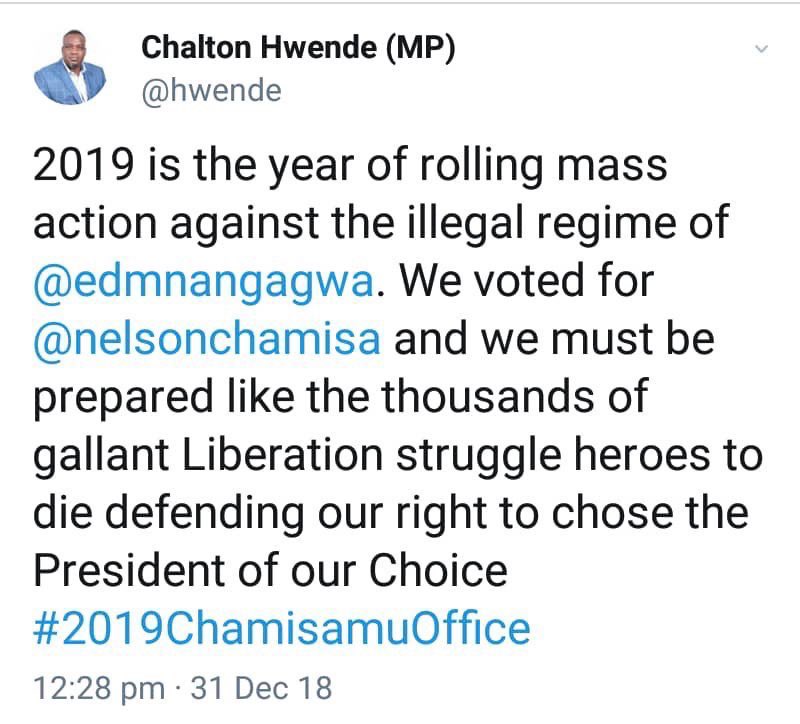 His critics, however, noted “inconsistency” when he commented on the ongoing conflict between the USA and Iran. Hwende said that the innocent masses and the soldiers sent to the battleline were the ones likely to suffer the consequences of the war than strategists and political elites. 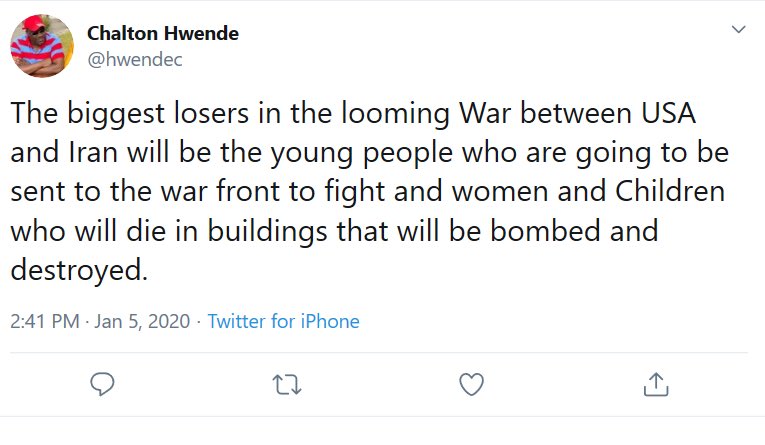 There are analysts who have always argued that political elites sacrifice civilians by sending them to start violent activities but when there are benefits, it is the political elite who takes the huge piece if not all of the benefits.

These remarks were often said when it is the opposition MDC planning demonstrations against the government. Analysts always noted that MDC leaders have not sustained any injuries lately when some party supporters were shot and killed by the army and police.