She was also ordered to surrender her diplomatic passport, report to the police once a fortnight on Fridays and not to interfere with witnesses.

The former wife to Zimbabwe Warriors’ yesteryear star, Shingi Kawondera is being accused of attempting to kill the vice president, money laundering, externalisation of funds and fraudulently seeking to upgrade her customary union to a civil marriage without her husband’s consent.

She was arrested by the Zimbabwe Anti-Corruption Commission on 15 December last year and has been in remand prison up to now despite her lawyers saying that she was unfit to be in prison due to her health condition.

Some analysts have sympathised with her saying that ZACC was being used to push her out of marriage. 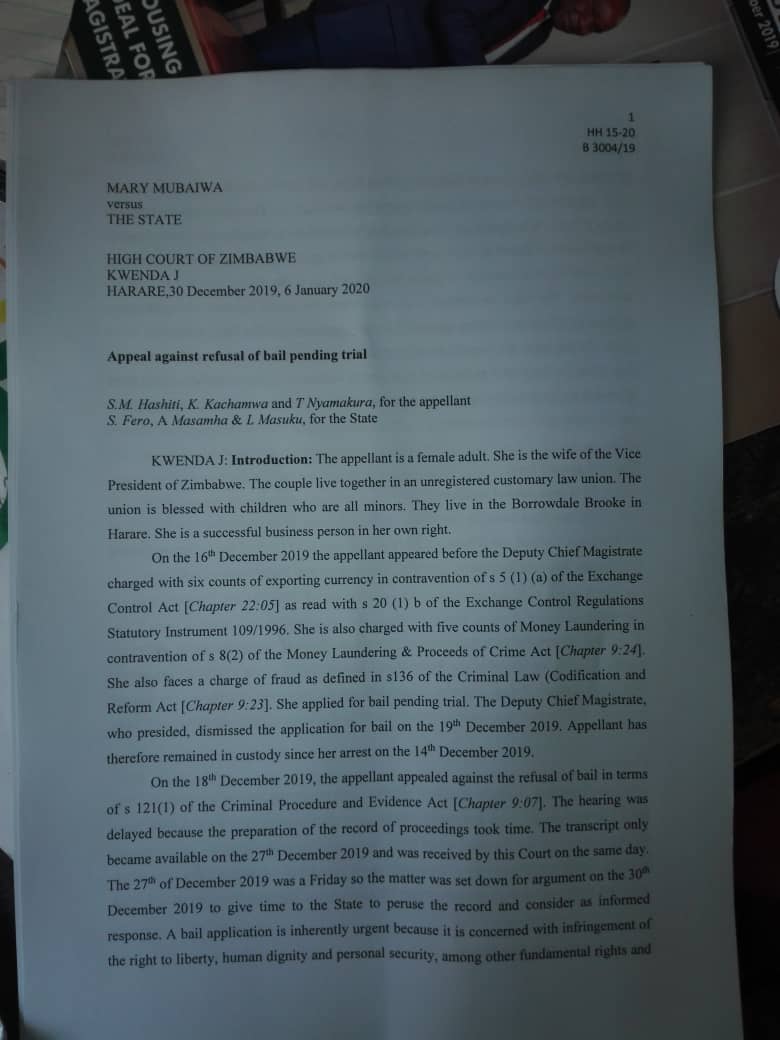 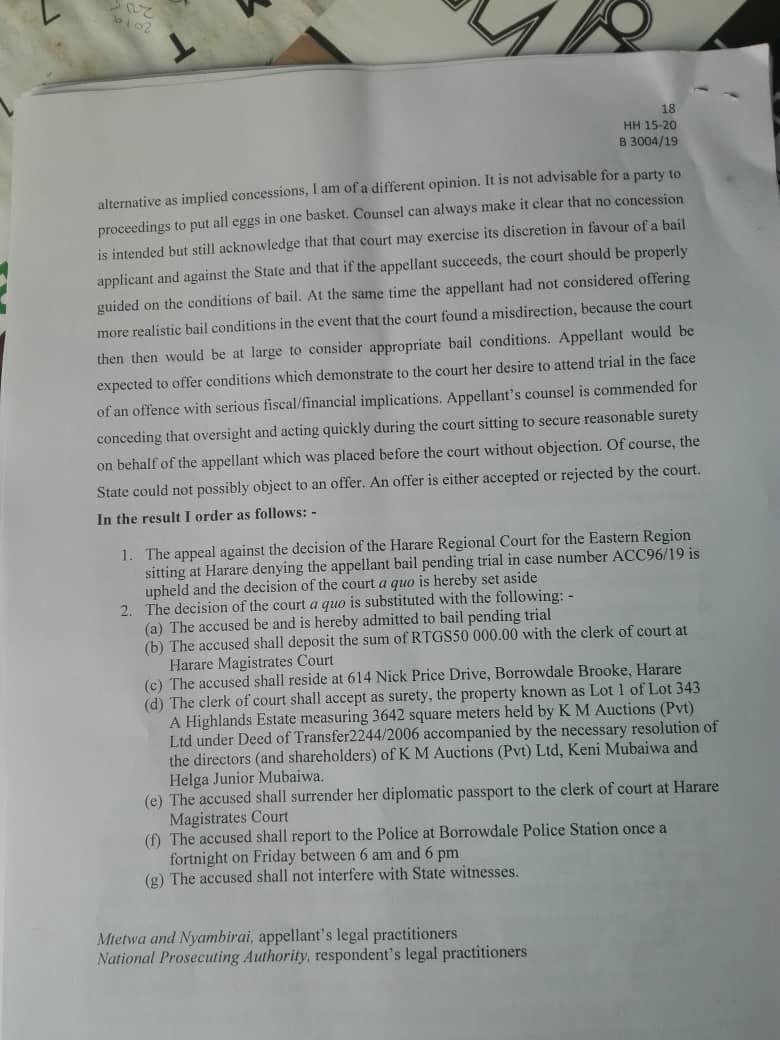