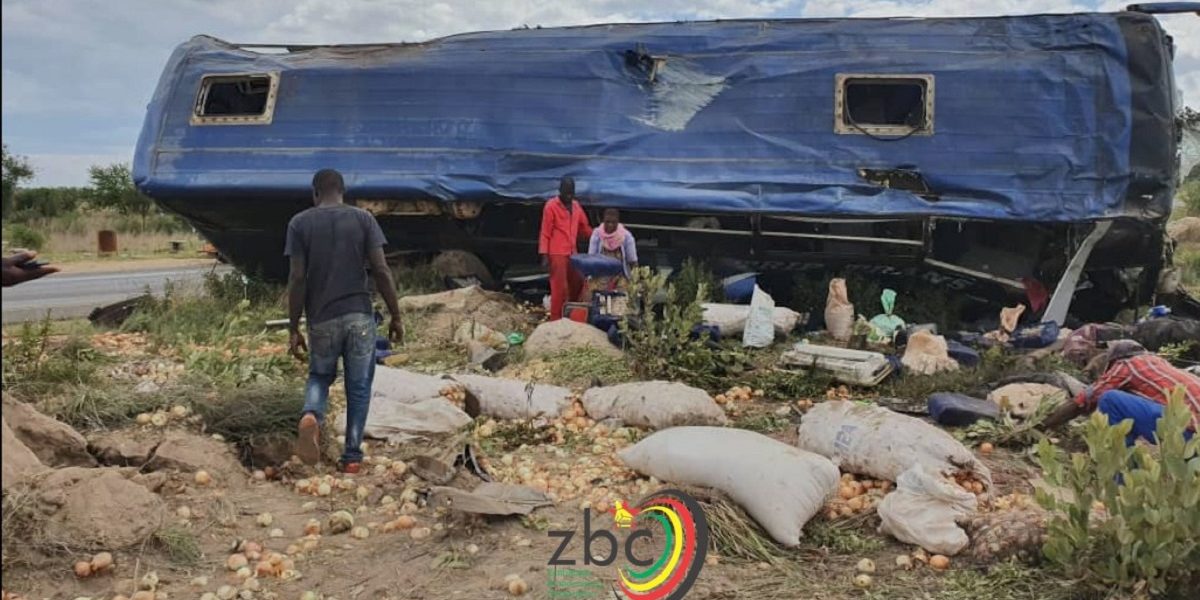 Two people reportedly died on the spot while several others were injured when a Harare-bound Trip Trans bus coming from Nyanga burst its front tyre around 1 pm near Macheke.

ZBC News reports that the bus driver lost control of the bus following the burst resulting in then bus rolling several times before landing on its side.

An eyewitness who spoke to ZBC News, Tinashe Nyambuya, said that the bus was clearly overloaded as there were standing passengers and was speeding.

The publication further reports that the injured were taken to Marondera Hospital.