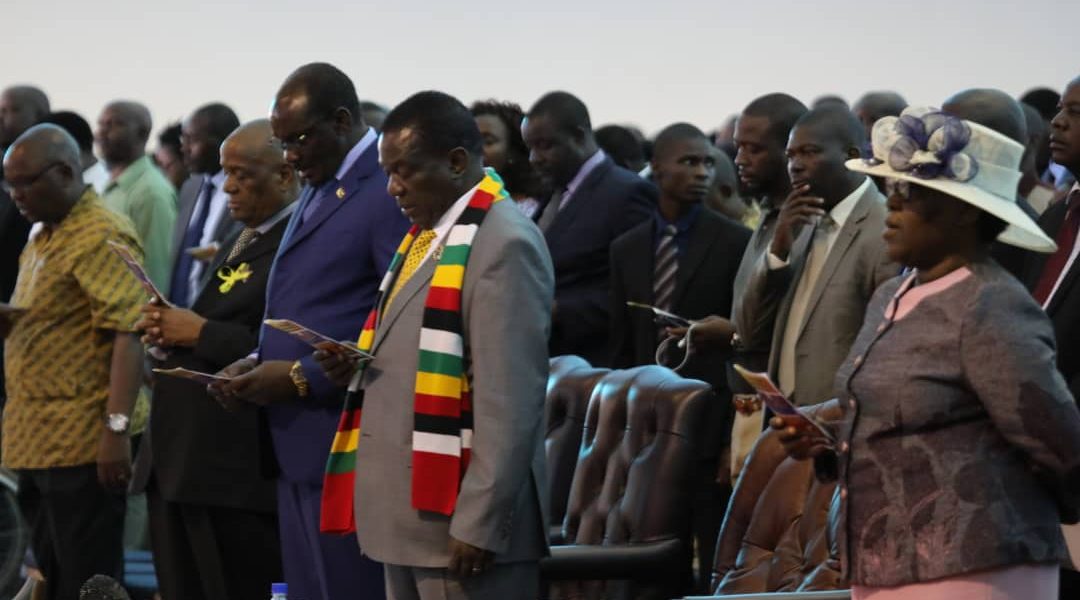 President Emmerson Mnangagwa has lauded opposition leaders who are taking part in the Political Actors Dialogue (POLAD), saying their participation is a demonstration of patriotism.

Addressing a gathering of some church leaders and their followers at the national thanksgiving and dedication service in Bulawayo on Sunday, President Emmerson Mnangagwa said:

I want to express our gratitude to God for moving the hearts of a large number of leaders of opposition parties towards nation-building and unity by joining Polad.

On Sunday 22 December, which was Unity Day I was pleased to host them at my farm in Kwekwe where we held our final meeting for the year and reviewed the progress we have made to date.

POLAD is a negotiating platform which involves about dozen-and-a-half political parties that fielded presidential candidates in the 2018 harmonised elections.

It was launched in May this year, but the main opposition party, MDC-Alliance, whose leader Nelson Chamisa claims that the election results were manipulated to deny him victory, never joined the platform.

Other eminent opposition leaders have also stayed away from POLAD, among them are Noah Manyika, Nkosana Moyo and Joyce Mujuru.

One Comment on “ED Commends POLAD Members For Their ‘Patriotism’”