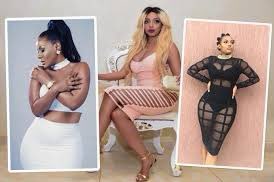 Prominent journalist and filmmaker Hopewell Chin’ono has alleged that MDC-T vice president, Obert Gutu, pursued a woman who lives in the United States of America not knowing that she was an agent of Zimbabwe’s ruling establishment.

Chin’ono further alleges that Gutu was trapped by the woman and is now a hostage of the system. This may explain why he has become a staunch supporter for POLAD, President Emmerson Mnangagwa’s pastime, and his hatred towards Nelson Chamisa’s MDC.

Don’t allow yourself to be exposed through s_x! The regime will use that devastatingly to its advantage!

They have n_de pictures, videos & chats of powerful people including businessmen.

@GutuObert (MDC-T vice president Obert Gutu) was trapped by a woman who purported to be a client in the US. They have his chats.

… If you are an opposition MP or politician, don’t use inboxing, emails or WhatsApp to pursue strange women.

He pursued a client who lives in North America not knowing that she also was a system lady, they have the exchange that he had with her. If he steps out of POLAD, trouble!

… Ngavauye zvavo Chitova (Gutu). Hatihumane zvisina evidence! It should be a lesson to all political elites, you are as safe as the system wants you to be. That is if you stray from your vows!