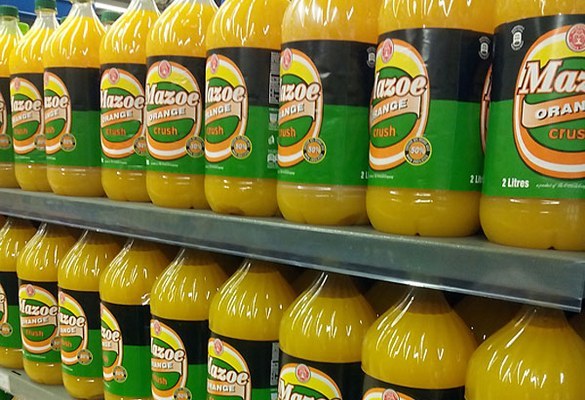 Schweppes Zimbabwe Limited has not been manufacturing Mazoe Orange Crush for the past three weeks.

The Coca-Cola Company cut off supplies of critical ingredients of the product after Schweppes failed to settle a debt estimated at US$10 million.

The development was on Wednesday confirmed by Schweppes managing director, Charles Msipa. He said:

Yes, there is an amount due and need to be paid so that the release of the concentrate can be done.

It’s a forex issue which is causing frustration. Part of the resolution is that we are working with local banks and the Reserve Bank of Zimbabwe because that amount due, though it is less than US$10m, is legacy debt accrued over three years. So, this is part of the blocked funds.

The huge debt is understood to have emanated from failure to pay for concentrates for cordials supplied by Coca-Cola.

Delta company secretary, Alex Makamure said the delay in the purchase of ingredients for Mazoe Orange Crush was not only caused by legacy debts but was also administrative.