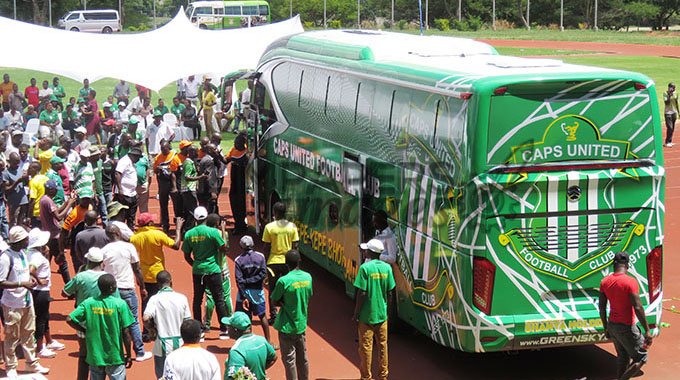 Mushekwi, who is currently in South Africa where he is preparing for the upcoming Chinese football season, believes that buying the bus was perhaps a mistake. He said:

What I can say is that the news is very disappointing, especially after you have done everything to try and help sport in your country, and – for me – it’s like saying in Zimbabwe one can’t do something good and it gets celebrated because this is our country and we are the ones who can make a difference.

It makes you think twice, when such things happen, and you end up asking yourself if this was worth it, at all, or I could have taken whatever money I invested into the project and use it for my personal needs where I would not have to go through all these problems.

Mushekwi revealed during the handover ceremony of the bus to Caps United that he had tried to get a waiver on duty for the bus but was asked to pay.

He was not present at the event but his sister, Nyari, read a speech on his behalf.

5 comments on ““You Can’t Do Something Good In Zim”, Mushekwi ‘Regrets’ Buying Bus For Caps United”