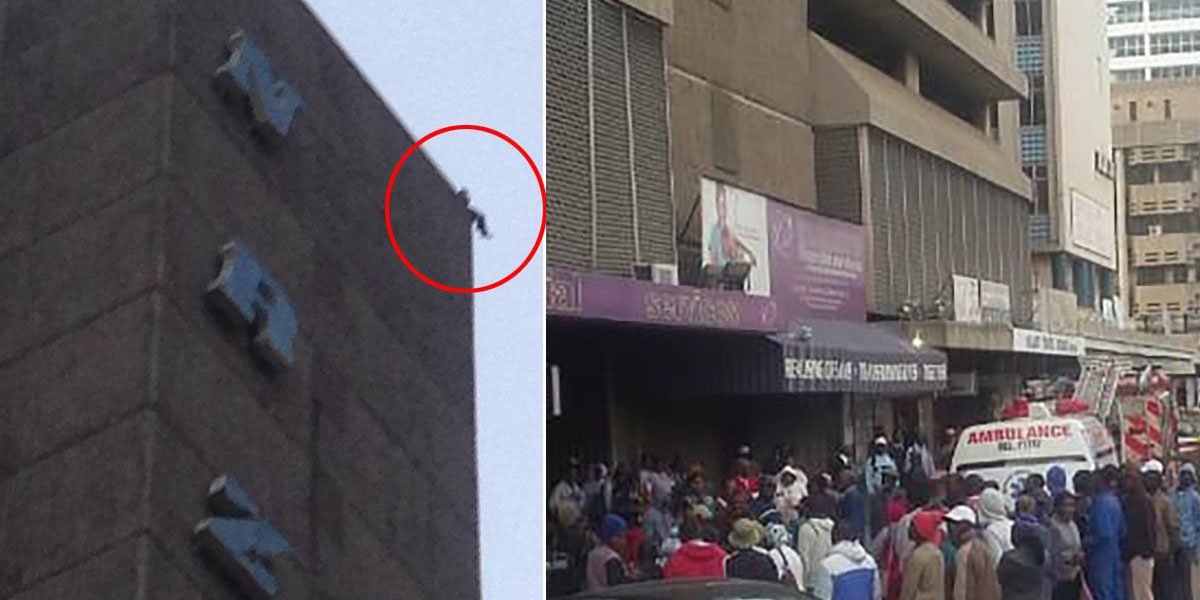 Pulled from the brink … NRZ employee threatened to jump of the company’s headquarters in central Bulawayo. Picture Credit: ZimLive

A 35-year-old man was saved from certain death after he climbed the roof of Bulawayo’s tallest building and threatened to jump off.

Security guards at the building alerted the Fire Brigade and they managed to rescue him. Police arrived at the scene after Banda had already been sent to the hospital.

The suicidal man was identified as Andrew Banda of Balfour Road in Bellevue.

He climbed the roof of the 110-meter high (360ft) National Railways of Zimbabwe building, a company he works for.

Before the attempted suicide, Banda had reportedly complained that his salary was not enough to buy anything.