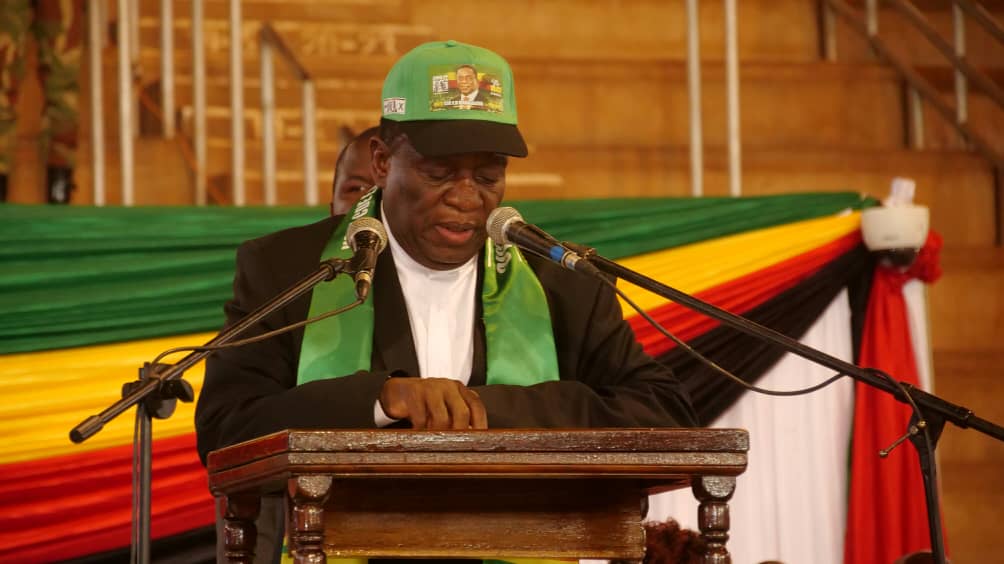 President Emmerson Mnangagwa has warned party officials, presumably G40 remnants, that they have no place in ZANU PF if they are not advancing his cause.

Using the allegory of dogs, Mnangagwa claimed that his detractors were already in the party when he assumed office though they could not be identified at the time. He said:

The answer to that question is that the dogs were already there when we transitioned into the new dispensation, but we just hadn’t identified them.

I am saying to you, every dog must work for its master because in our government we have no space for other people’s dogs.

Mnangagwa was responding to Zimbabwe Liberation War Collaborators’ Association (ZILIWACO) chairperson, Pupurai Togarepi, who had called for the expulsion of the “dogs” before they caused further damage.

The remarks were made on Saturday during a meeting between Mnangagwa, his deputies and members of ZILIWACO at Harare’s City Sports Centre.

3 comments on “ED: I Won’t Hunt With Other People’s Dogs”