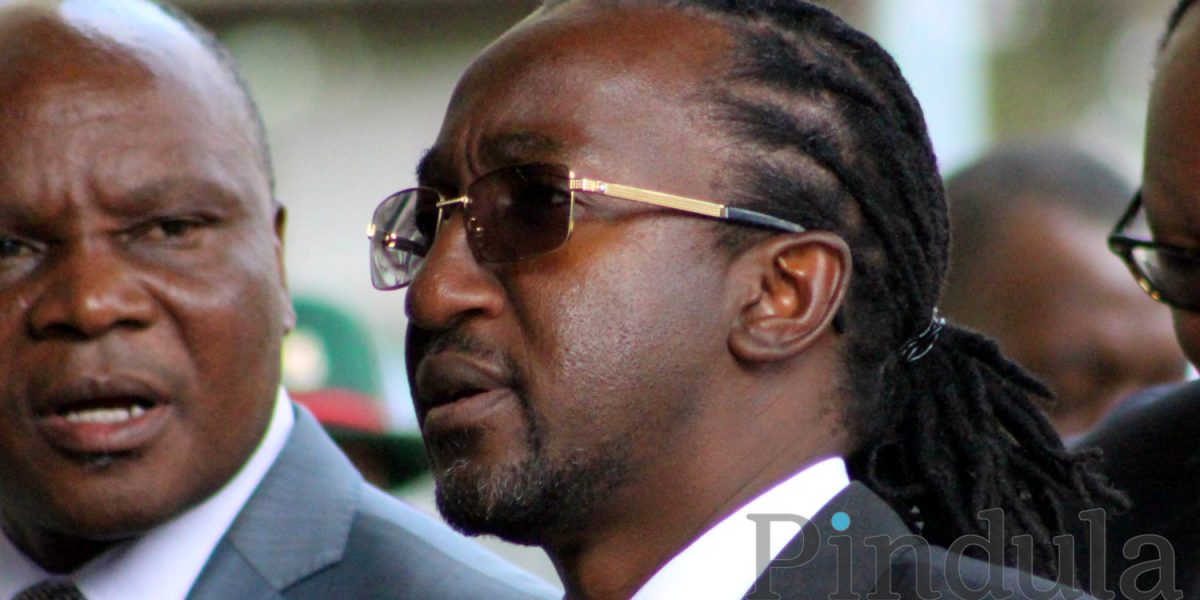 Robert Mugabe’s nephew Patrick Zhuwao spoke about his relationship with the former president and how he was helped by his uncle after he graduated from college till he became a cabinet minister.

Facebook reminded me about a picture that I posted of President Mugabe and I when he visited my Zhuwao Livestock cattle stand at the Harare Agricultural Show in August 2013. Whilst the recollection initially left me feeling a bit melancholy, I am extremely grateful that President Mugabe introduced me to the transformative and empowering nature of agriculture.

I am very proud that I have remained a firm disciple of President Mugabe’s principled stance despite his ouster during the November 2017 coup. I am also proud of having the honour having served under President Mugabe and receiving his tutelage, mentorship and wise counsel. I boldly describe myself as a “proud Mugabe Minister”. Despite some people unsuccessfully trying to persuade me to downplay my interaction with President Mugabe, I choose to live to the dictates of a quote that President Mugabe has consistently used, “You can never sacrifice principle on the altar of expedience”.

President Mugabe’s belief that agricultural transformation is the route to Africa’s socio-economic transformation has provided me with the inspiration to re-imagine a fulfilling vocation for myself. Viktor Frankl, in his book “Man’s Search for Meaning”, states that “those who have a ‘why’ to live can bear with almost any ‘how'”.

From the time I first graduated from university in 1990, President Mugabe consistently urged me to take up farming. I would listen to him, go away and disregard his advice. I would convince myself that farming was too risky for young professionals like me. With an honours degree in computer systems engineering, an MBA, and the boisterous confidence of a young businessman, I saw agriculture as having too many uncontrollable variables including unpredictable weather.

I find out how wrong I was after I had reluctantly taken up farming. As a ZANU PF member, I felt obligated to practice the party’s land reform mantra; Land is the Economy and the Economy is Land. After obtaining an offer letter for land in August 2002, I secured bank funding to buy tractors, farm implements and irrigation equipment. I was not going to risk resources to the vagaries of the weather.

My first harvest was such a success that I became hooked onto agriculture. I finally got to understood why President Mugabe has consistently placed agriculture at the centre of independent Africa’s socio-economic transformation and empowerment. My conversion to agriculture was so complete that the dissertations for two of my master’s degrees have been on agriculture.

For fifteen years, I invested financially and emotionally in agriculture on land allocated to me in Zimbabwe. The November 2017 coup forced me to decide whether to stand with President Mugabe and risk losing those investments. I chose to stand on principle and risk having everything taken away. As Frankl says, “everything can be taken from a man but one thing: the last of the human freedoms – to choose one’s attitude in any given set of circumstances, to choose one’s on way”. The 2017 coup denied me access to farm land in Zimbabwe.

Given how President Mugabe is loyal, generous, empowering and transformative, I cannot image how some of the people that President Mugabe stood by and protected feel about the ignominious way they betrayed him. Apostle Talent Chiwenga says that God is not happy with the manner in which President Mugabe was ousted. Apostle Chiwenga believes that is why Zimbabwe faces challenges. Kutanda botso chaiko; there can never be a shame worse than abusing a parent.