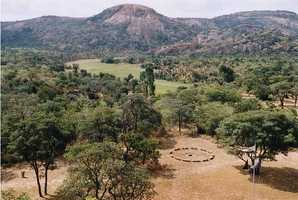 ZRP in Harare has arrested 8 people believed to be land barons including a former MDC Councillor for duping home seekers more than $18000, Newsday reports.

Boniface Manyonganise (54) has been arrested in Chitungwiza for defrauding a complainant of US$700 through fictitious stand offers in Nyatsime area, Chitungwiza under Yemurai Housing Co-operative.

Moffart Siwizane (48) has been arrested in Kuwadzana 5 for misrepresentation in which complainants lost US$3 000 in a housing stands deal through Vanhuvatema Housing Co-operative. His accomplices Pedzisai Chibondo and Alista Kurumbi are being sought by the police.

These arrests are coming at a time the government has intensified its fight against corruption.