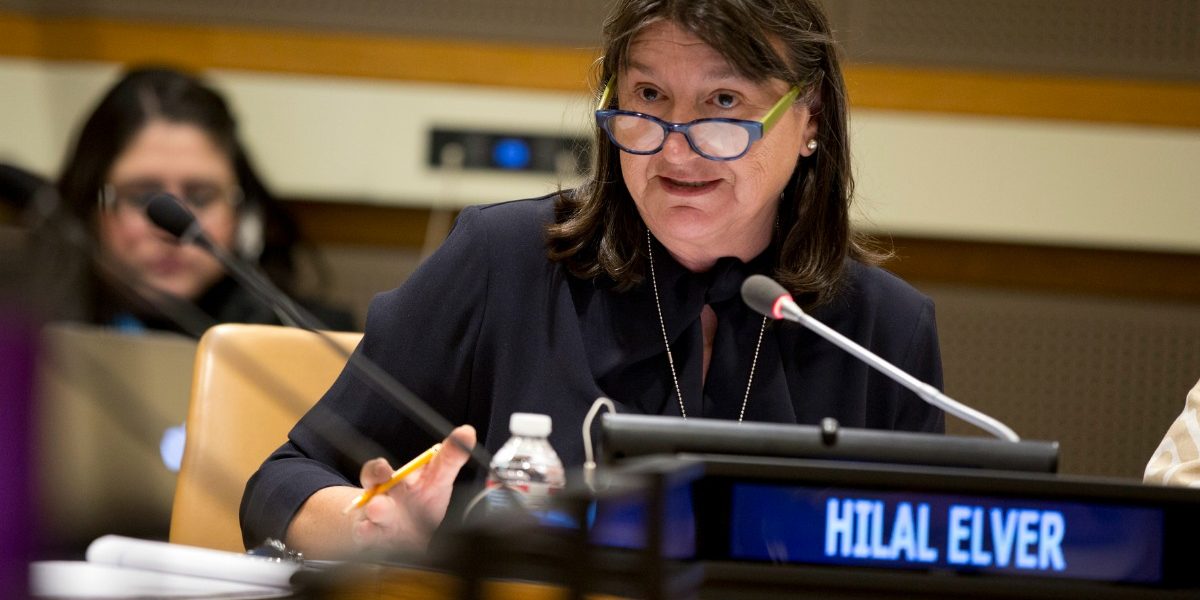 UN special rapporteur on the right to food, Hilal Elver

After a 10 day diplomatic visit to Zimbabwe, a UN official has said targeted sanctions must be removed as they harm the ordinary Zimbabwean and not the intended target Sunday Mail reports.

UN Special Rapporteur on the Right to Food, Ms Hilal Elver in her preliminary report after her visit said:

I am also concerned about the negative impact of the economic sanctions and conditionalities imposed on the Government of Zimbabwe and their indirect costs on the overall civilian population, particularly on the right to food.

Zimbabwe has been under some form of sanctions since 2001. These targeted sanctions and conditionalities were imposed on the country following policy disagreements concerning the manner in which the land reform programme was handled, reflecting criticism of the political situation and human rights abuses.

It is my strong conviction, based on what I have learned during the course of this mission, that these economic sanctions worsen the existing inequalities and do not have any actual impact on their supposed targets

Ms Elver is expected to present her full report in March in Geneva. Ms Elver’s visit came a few weeks after the govt held an anti-sanctions day on 25 October 2019.