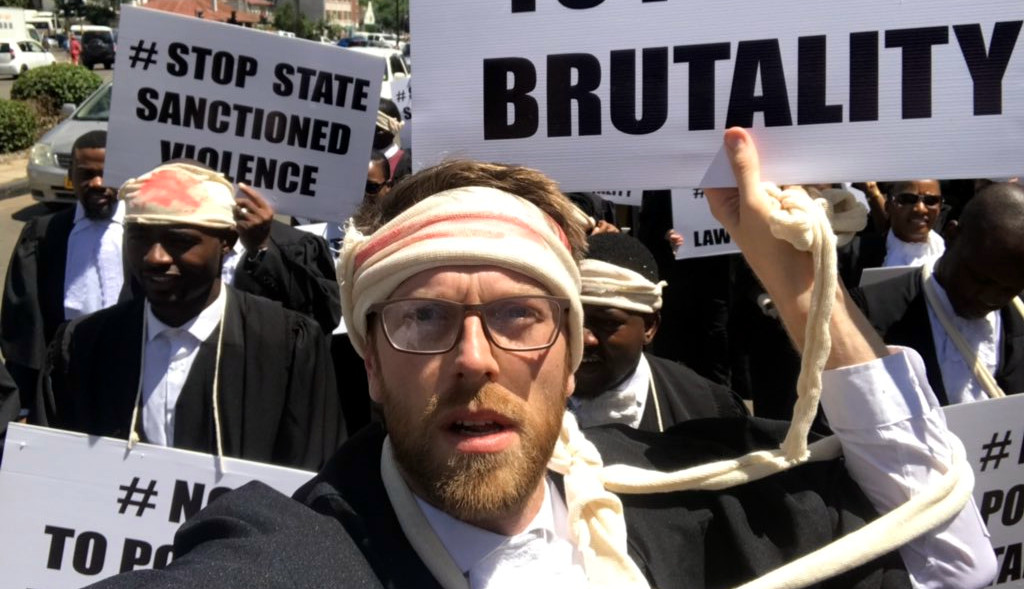 Vice President of the MDC-T Obert Gutu, as been criticised for referring to Doug Coltart, as “the son of a Rhodesian-era Selous Scout” and demanding that he and his father (David Coltart)Racism apologise for pre-independence atrocities by the government first.

The son of a Rhodesian-era Selous Scout is crying louder than the bereaved!
This guy, together with his racist Rhodesia Front Selous Scout father, must firstly apologise & repent for the murderous & genocidal crimes they committed at Chimoio & Nyadzonia in Mozambique in Nov. 1977.

Gutu however received criticism for his tweet which was generally viewed as unfair and unreasonable.

Below are some of the responses:

I’ve deleted my response to this tweet, nine times, because I had loaded unkind words about this shameful behavior of judging others by colors of their skins & history they didn’t participate in. I’m unsettled by this kind of hate on 2019AD.

It’s scary to think that these are the leaders waiting to govern this country. Ma1. – Zandatoto

You are being unfair on @DougColtart

Its OK to dislike him, or what he does, but these relentless unprovoked on him are unfair man. How old was Doug when Chimoi was bombed? Don’t be poisonous like this. Its not nice. – Maynard Manyowa

So for all those years you were with David in the MDC, you didn’t know of his Rhodesian past? You are now beyond redemption! – Taka

I don’t know when people will choose to be truthful. Dave Coltart was never SS. He was BSAP just like Chiyangwa who was a FR. This info is easily available to verify. I wonder what his boy shld apologise for? – Chibayamoyo

Doug Coltart was recently assaulted by the police when he visited a client who was in police custody. Coltart is the son of top MDC official and former government minister, David Coltart.