Senior and Junior, as well as middle-level doctors, have notified the police of their joint march scheduled for the 4th of December this year.

In their letter dated 26 November, directed to Harare Central Police Station District Policing officer, Mr Mugomeri, the doctors said that they intend to deliver a petition to Parliament over the deteriorating Health Delivery System in the country.

Doctors have been on industrial action since the 3rd of September this year over paltry salaries and poor working conditions and the government has since fired some of them.

The government and workers have failed to reach a compromise since then with workers rejecting government offers saying they were insignificant given the inflationary economy.

See attached below the doctors’ letter. 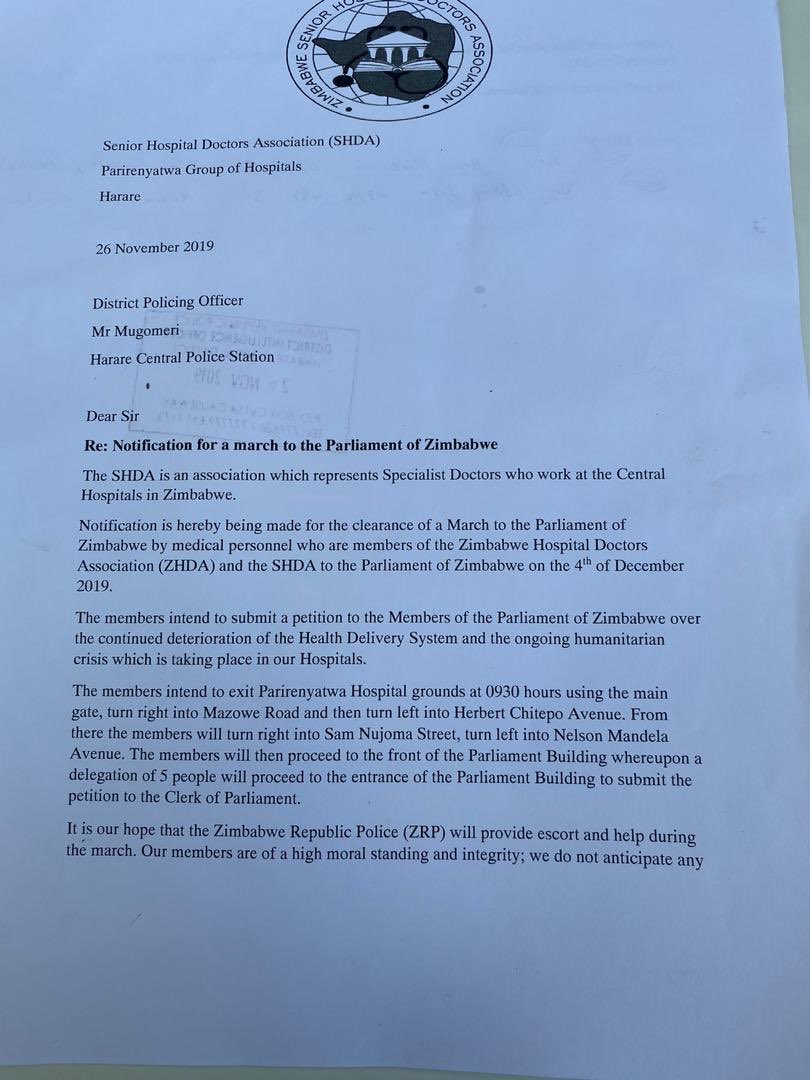 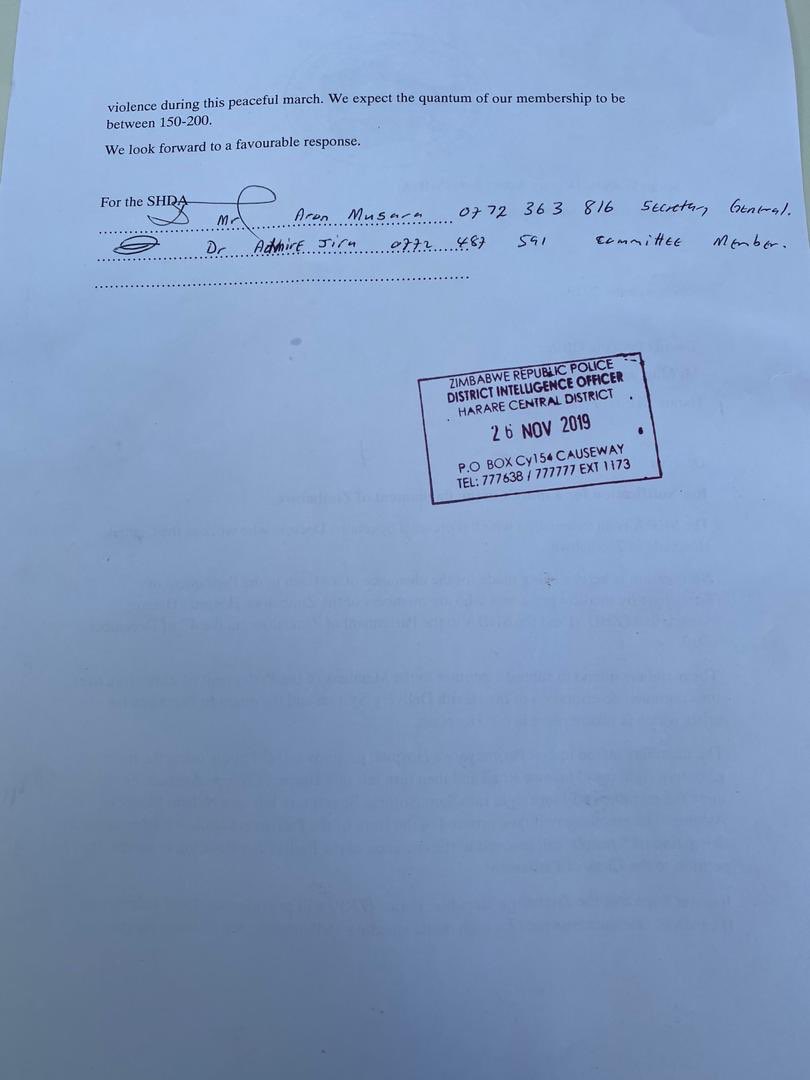