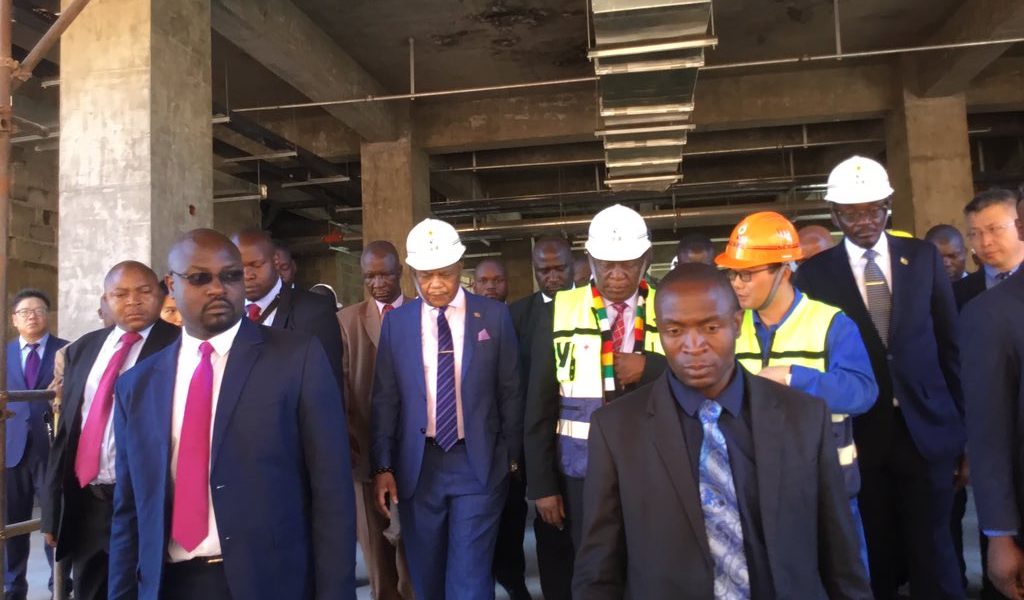 President Emmerson Mnangagwa on Wednesday took at a dig at the United States of America while praising China for its investments in Zimbabwe amounting to billions of dollars.

Speaking during a visit to the Chinese funded new Parliament building under construction at Mt. Hampden, President Mnangagwa lauded Chinese leader Xi Jinping for the US$1.4 billion loan facility from the Chinese even though Zimbabwe has failed to meet some of its financial obligations to China. He added:

You will find that detractors will minimise that support. Fortunately, we in government and the (Zanu PF) party fully know, appreciate and are grateful for this relationship

Those countries who speak against our relations with our good friends have done nothing except to impose sanctions on us.

The construction of the new Parliament is being funded by China to the tune of US$140 million, making the project the largest individual Chinese funded project in Africa.

The structure is expected to be completed by March 2021 and will overlook a new administrative capital, 32 kilometres northwest of Harare.

One Comment on “ED Praises China, Criticises The United States Of America”