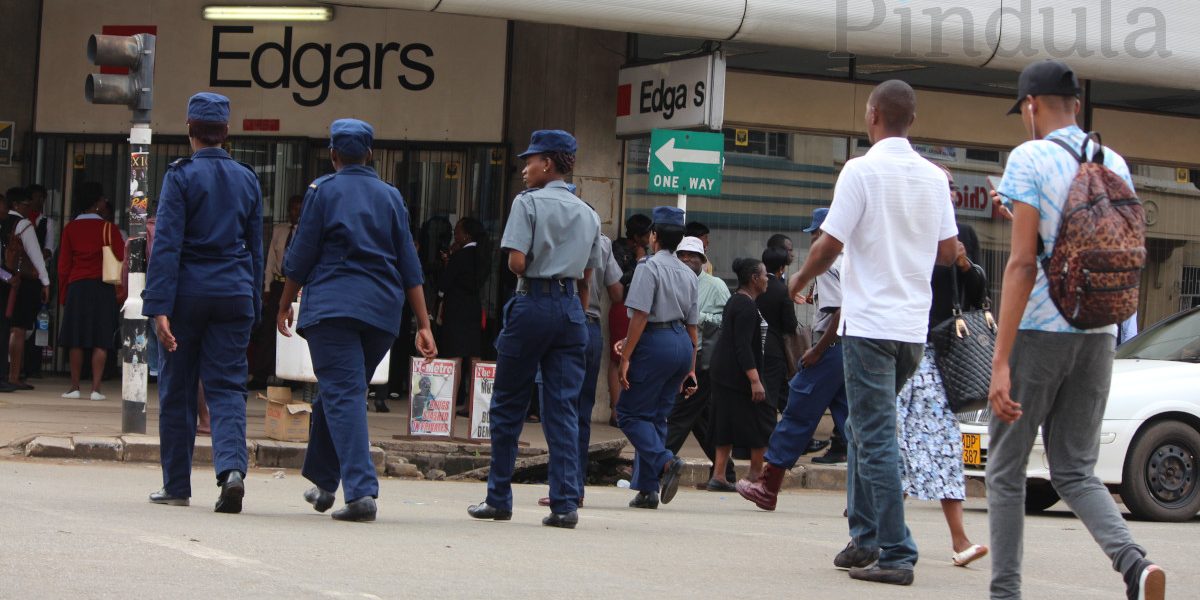 A group of 16 male adults who are yet to be identified emerged at the corner of Rezende Street and Speke Avenue. One of the gang members started to assault one of the police officers with open hands, whilst the other two officers escaped unhurt and sought refuge at a Harare City Council yard.

A police communication radio was stolen in the process.

The gang later beat 2 other police officers who were on their way home.

When government spokesperson posted an article on the matter on Twitter some Zimbabweans responded that the police themselves have been policing in an appropriate way and that this has put them at risk. Said one Zandatoto:

It will get worse as long as ZRP do not drop their BSAP approach to policing – gang beating defenceless citizens, kicking the elderly, and administering corporal punishment – policing methods are putting officers at risk of revenge action. 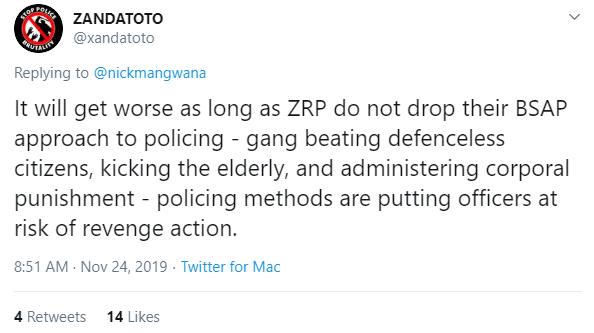