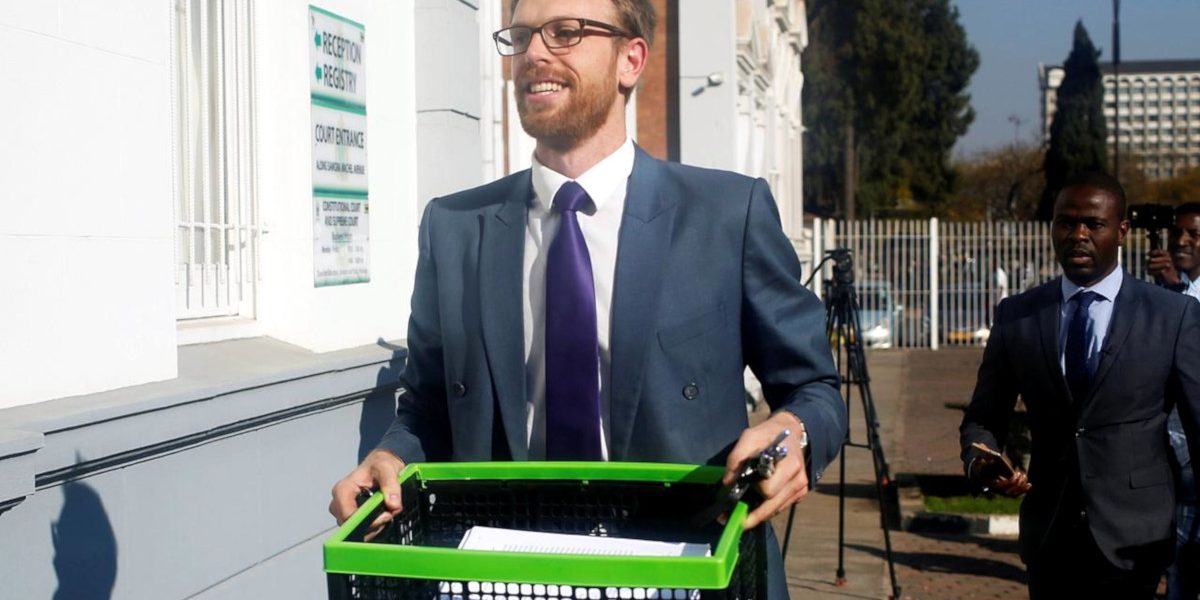 Prominent human rights lawyer Doug Coltart was reportedly assaulted by the police yesterday when visited his client, Artuz leader Obert Masaraure at the police holding cells. The Amalgamated Rural Teachers Union of Zimbabwe leader, Masaraure had been arrested on charges of disorderly conduct.

According to Masaraure, Coltart had brought him food at the police holding cells when he was assaulted. Masaraure has since been released.

I confirm that my son @DougColtart was brutally assaulted yesterday by police . I trust the @lawsocietyofzim will now act and take this matter up with the Minister of Home Affairs & Commisioner of Police. The assault of lawyers whilst representing their clients is unacceptable . 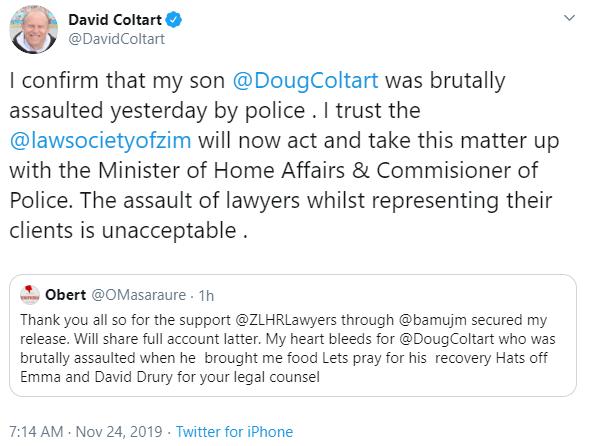