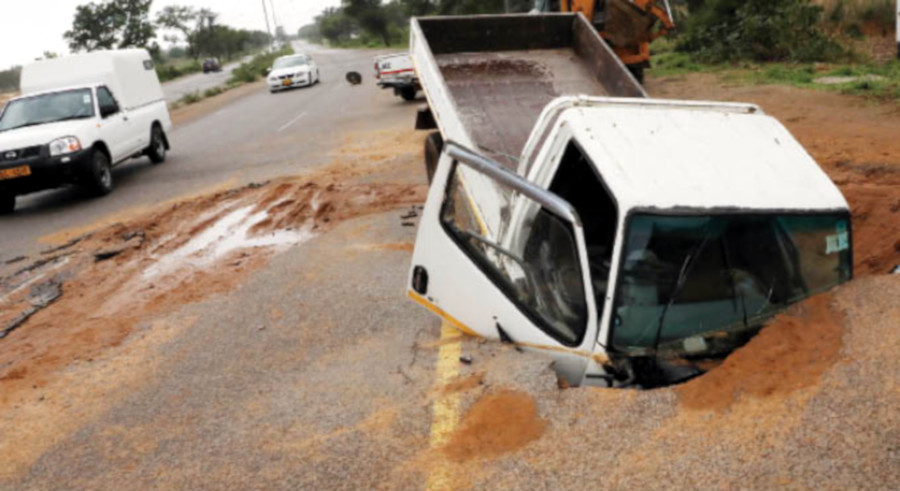 The City of Bulawayo has commented on the incident of a truck that partially sank in a ditch on a road. The city acknowledged the ditch and said that it was caused by the collapse of the road.

Said BCC in a statement:

The City of Bulawayo did receive communication of the unfortunate incident of a road collapse on Steelworks Road on the morning of Friday, 22 November 2019.

A burst occurred on the 12 inch pipeline supplying water to Industry, Thorngrove Industry and surrounding areas.

The picture of a truck whose front was sunk in what appeared like a pothole circulated widely on social media in Zimbabwe.

One Comment on “Bulawayo Explains Truck Sinking In Pothole Incident”