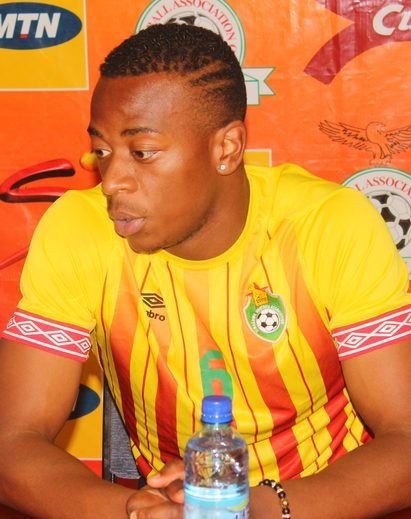 Warriors defender Alec Mudimu says morale is high in the Warriors camp ahead of a blockbuster 2021 Africa Cup of Nations qualifier against Zambia in Lusaka on Tuesday.

Speaking before Zambian journalists on Monday, Mudimu bemoaned the 0-0 draw with Botswana but asserted that the Warriors have already dealt with it. He said:

Morale is very high, we regrouped quite quickly [from the 0-0 draw with Botswana] and we are keeping high spirits, faith and belief in each other.

It’s a game we are not gonna shy away from, in fact, we are more than excited to get going and play.

Its something that players want to prove to the coaches and not only to themselves, that we are more than capable to step up to the ladder and produce in such big occasions.

It’s very disappointing when you dominate the game for so long, with so much possession, only to draw. Actually, it feels like a loss sometimes but we have dealt with it.

We are more than prepared to bounce back and rectify the situation, but again its another point picked up so we can [also] pick up so many positives from that game [against Botswana].

The players are confident.