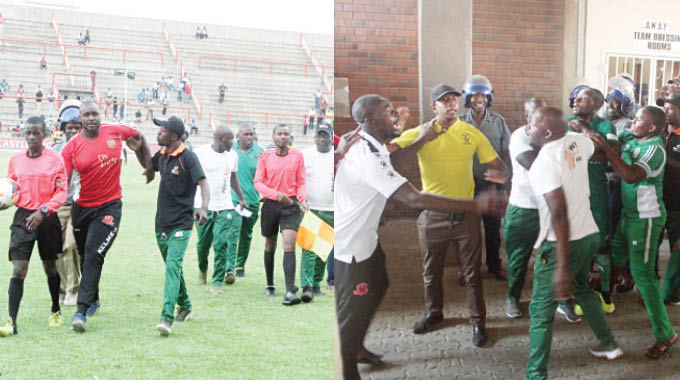 The Premier Soccer League has summoned Caps United FC and four of their players to appear before it’s Disciplinary Committee.

This follows violent incidents that happened after a league match between the Green Machine and Chicken Inn at Barbourfields Stadium a fortnight ago.

The four players to appear before the PSL Disciplinary Committee are Dominic Chungwa, John Zhuwawo, Carlos Rusere and Ronald Chitiyo.

The four reportedly assaulted match officials and Chicken Inn officials following the awarding of a contentious penalty which gave the Gamecocks a 1-0 win over Makepekepe.