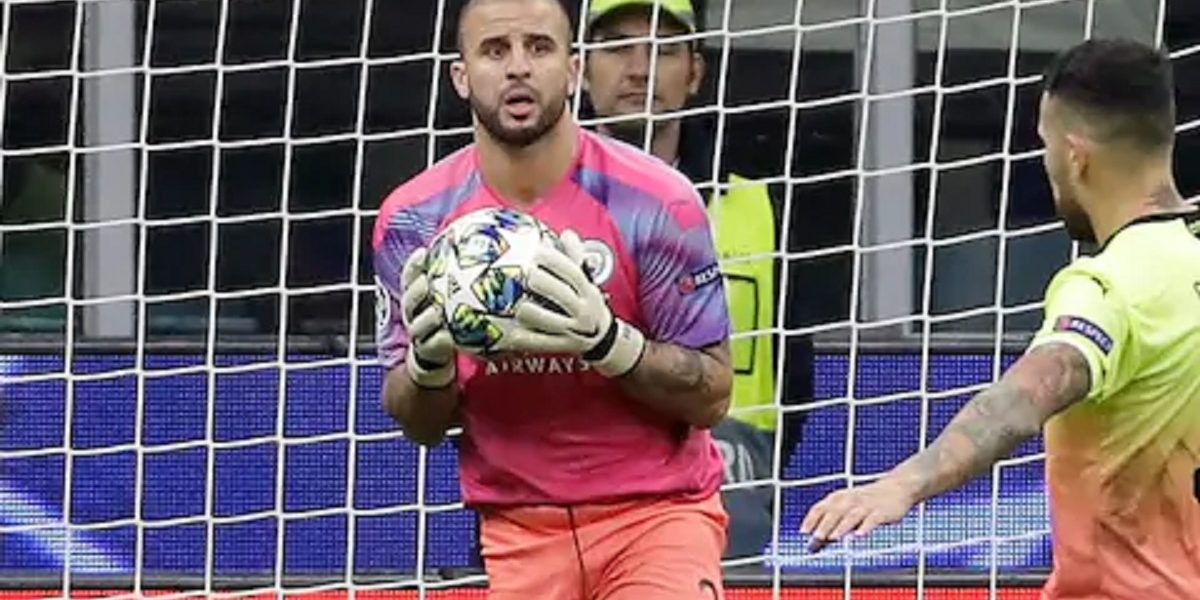 Manchester City were last night forced to put their right-back, Kyle Walker in net during their Uefa Champions League match against Atalanta after both Ederson and Bravo went out before the final whistle.

Ederson sustained a thigh injury at half-time and was replaced by Claudio Bravo who was given marching orders for fouling Josip Ilicic just 36 minutes after replacing Ederson.

Walker’s first task was to keep out the resulting free-kick from Ruslan Malinovskyi, which he managed at the second attempt.

The England defender sometimes takes part in City’s goalkeeper training sessions so he was the obvious choice to replace Bravo.

The match ended 1-1. Watch the video below.