Hopewell Chin’ono, a Zimbabwean journalist and documentary filmmaker has reported that two white farmers Gary and Joe Hensman of Gypslander were on Wednesday evicted from their farm which is located in Chinhoyi. Read the full thread below.

Today (Wednesday) farmers Gary & Jo Hensman of Gypslander Farm in Chinhoyi were forcibly kicked out of their farm after they lost a battle to keep their property. NO investment is coming into Zimbabwe not bcoz of sanctions, but bcoz of contested Property Rights. Hensman argues it’s his land

The man at the center of the eviction, @mosesmpofu1 has an offer letter issued in October of 2017 by the Government of Zimbabwe. He said he is one of many who have been waiting for land to farm & argues that he has gotten the land within the prescriptions of the Land Reform law.

Below is the 2017 offer letter which was issued to Moses Mpofu who evicted the farmers. 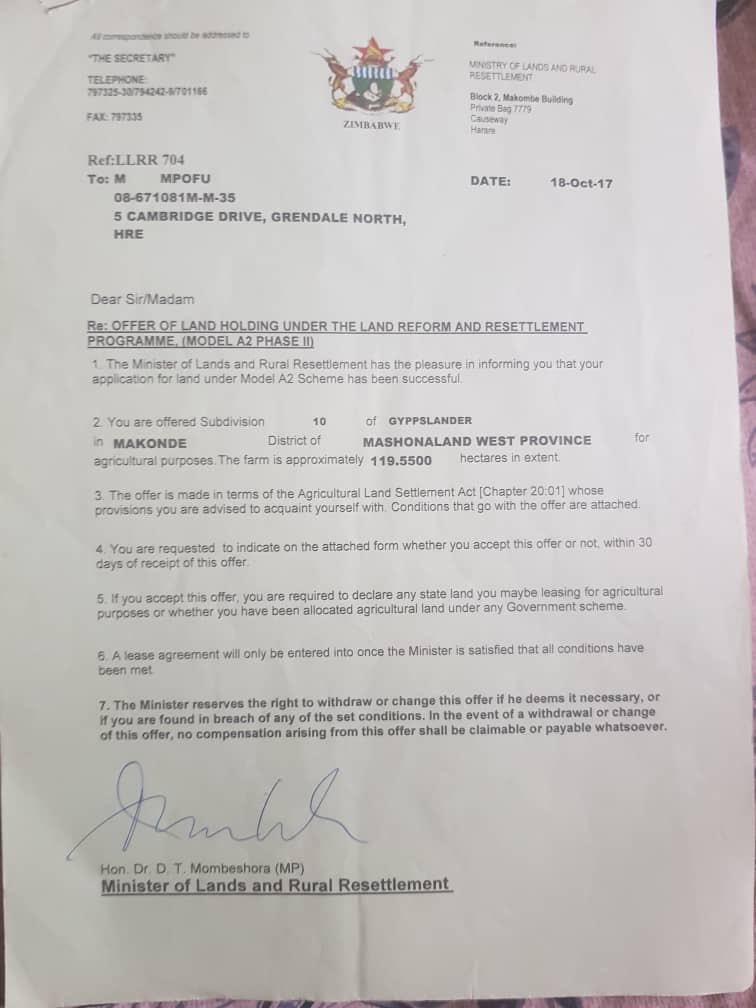