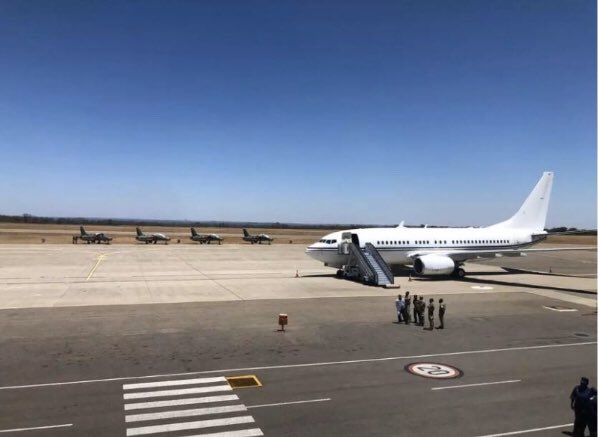 President Emmerson Mnangagwa summoned a private jet all the way from France to fly him the round trip to Bulawayo from Harare, a ZimLive report claims.

The luxury jet is owned by Royal Jet of the United Arab Emirates (UAE) and developed a technical fault in Lyon, France, last week just before President Mnangagwa was due to fly to Harare after he had attended the 6th replenishment conference.

Data from flight-tracking websites show that the jet, registration A6-RJX, left Lyon on Wednesday and flew straight to Harare to position for the 35-minute flight to the City of Kings and Queens.

According to ZimLive, Mnangagwa has undertaken close to 40 foreign trips since seizing power in a military coup in November 2017 using expensive hired jets from UAE and Switzerland.