Zimbabwe power utility, ZESA has issued an update on the country’s increased scheduled power cuts, locally known as load shedding saying that they were being caused by the limited power imports. Zimbabwe is importing electricity from ESKOM and Hydro Cahora Bassa and ESKOM have announced that it will be reducing power supplies to Zimbabwe. We present below ZESA Holdings’ statement in full. 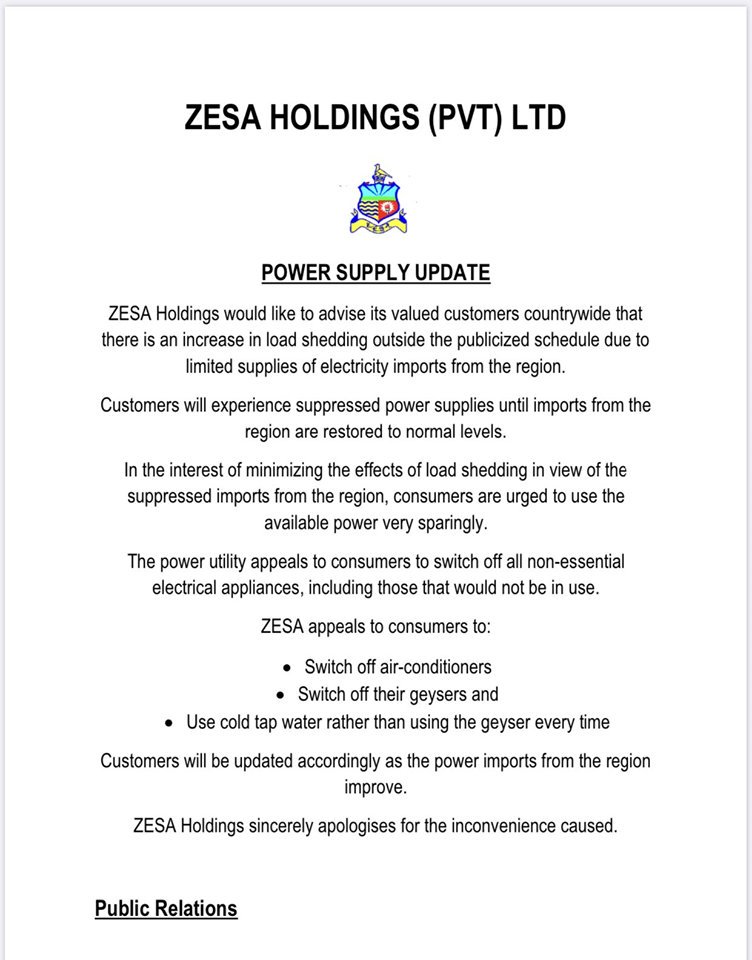