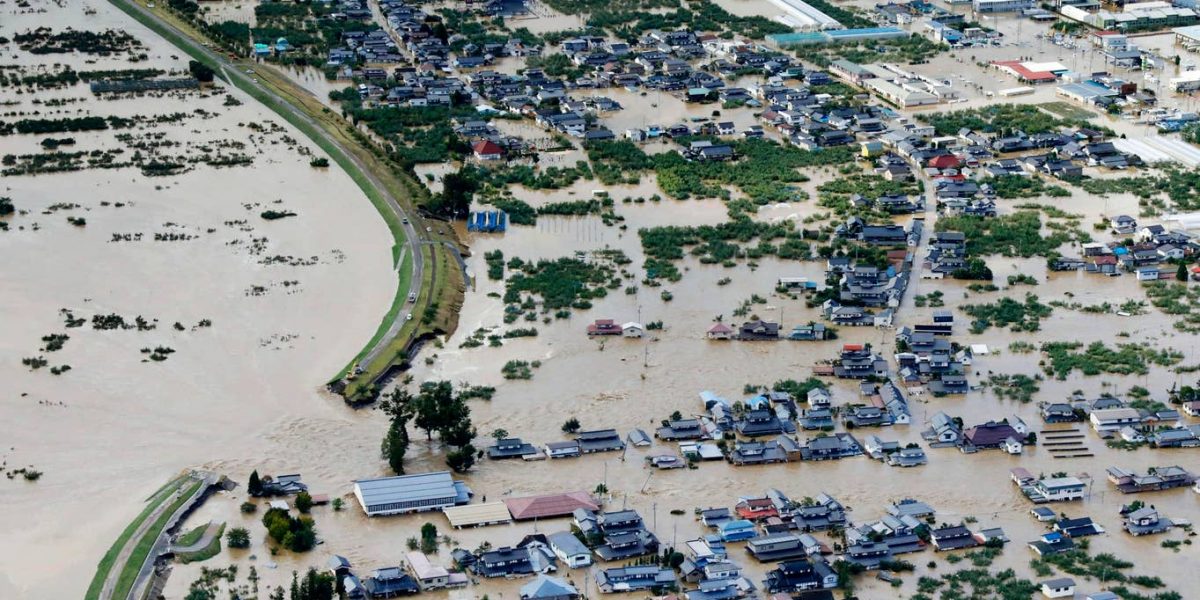 Typhoon Hagibis,  (a Typhoon is known as a Tropical Cyclone in Southern Africa) has wreaked havoc in Japan, leaving 19 people dead and 175 injured.

The Japanese government has mobilised 27 000 soldiers to help in the rescue efforts in the Capital Tokyo and the surrounding areas. In a statement, Japanese Prime Minister Shinzo Abe said:

I extend my condolences for all those who lost their lives and offer my sympathy to all those impacted by Typhoon No.19 (Hagibis).

With respect to blackouts, water outage and suspension of transportation services, we intend to exert all-out efforts for the earliest recovery… we ask the public to remain vigilant of landslides and other hazards.

Meanwhile, public broadcaster NHK said 14 rivers across the country have flooded, some spilling out in more than one spot.

The powerful typhoon made landfall south of Tokyo and battered central and northern Japan with torrents of rain and powerful gusts of wind.