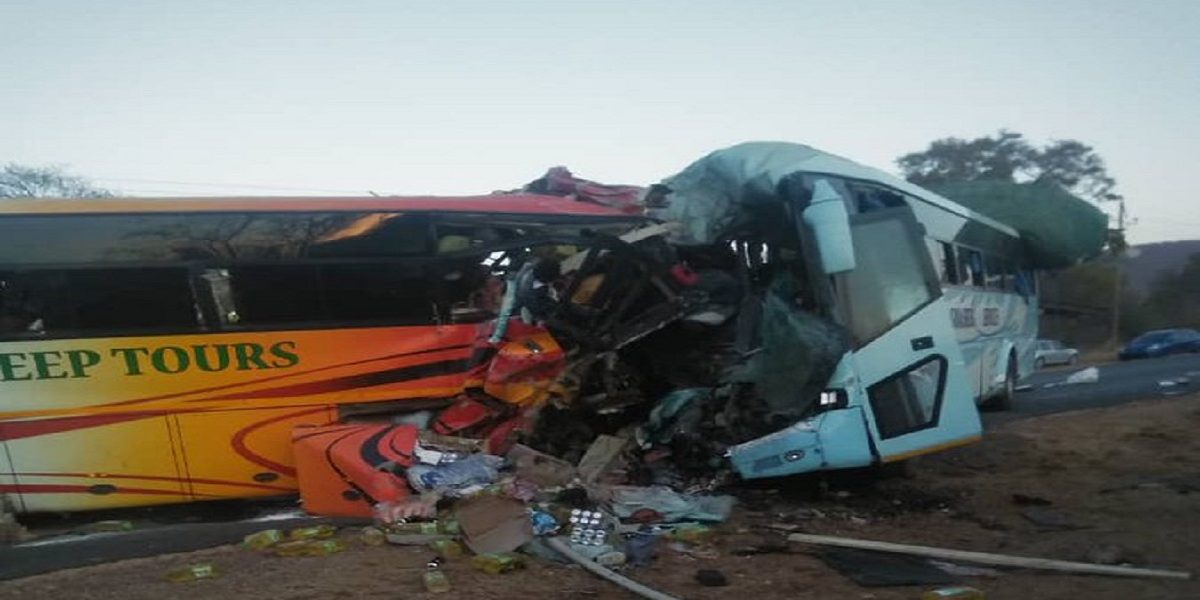 Ten people have died and several others injured in an accident involving two buses, Mandeep and Govasburg, in the early hours of this Sunday at the 230-kilometre peg between Kwekwe and Redcliff along Bulawayo-Harare road.

The accident was confirmed by national Police Spokesperson, Assistant Commissioner Paul Nyathi who revealed that nine people died on the spot and another one in hospital.

Nyathi added that investigations were still ongoing to establish the cause of the accident, number of passengers in the two buses and the number of the injured who were taken to different medical institutions.