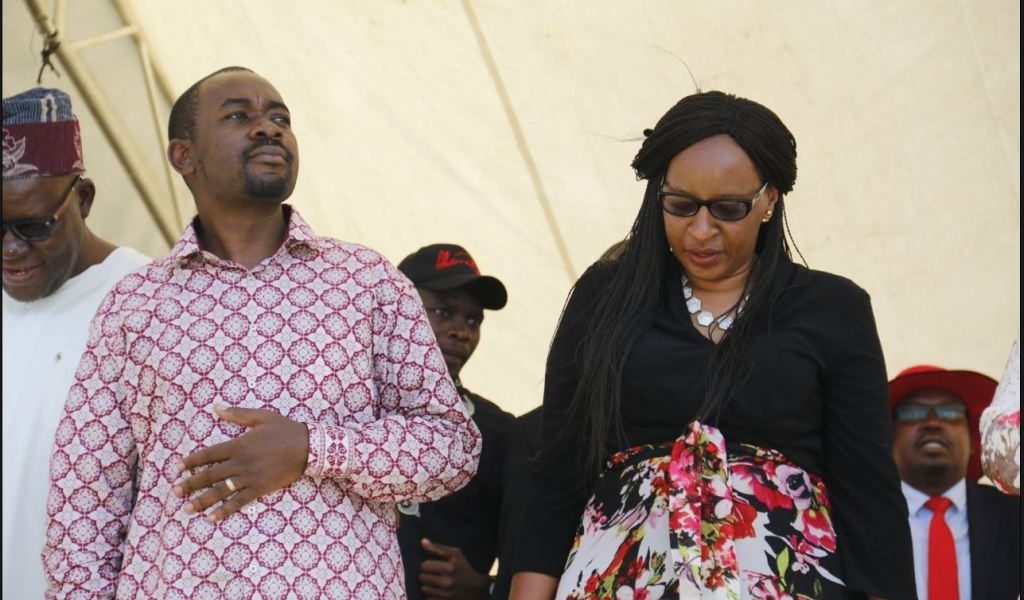 Wome’s Coalition of Zimbabwe (WCoZ) has called upon the leader of the opposition MDC, Nelson Chamisa to make a public apology for “heckling” his wife Sithokozile Chamisa.

The call comes after Chamisa took a microphone from Sithokozile whilst she was still delivering a speech at the MDC 20th Anniversary celebrations.

Some publications said that Chamisa had humiliated his wife. Watch the video clip here. 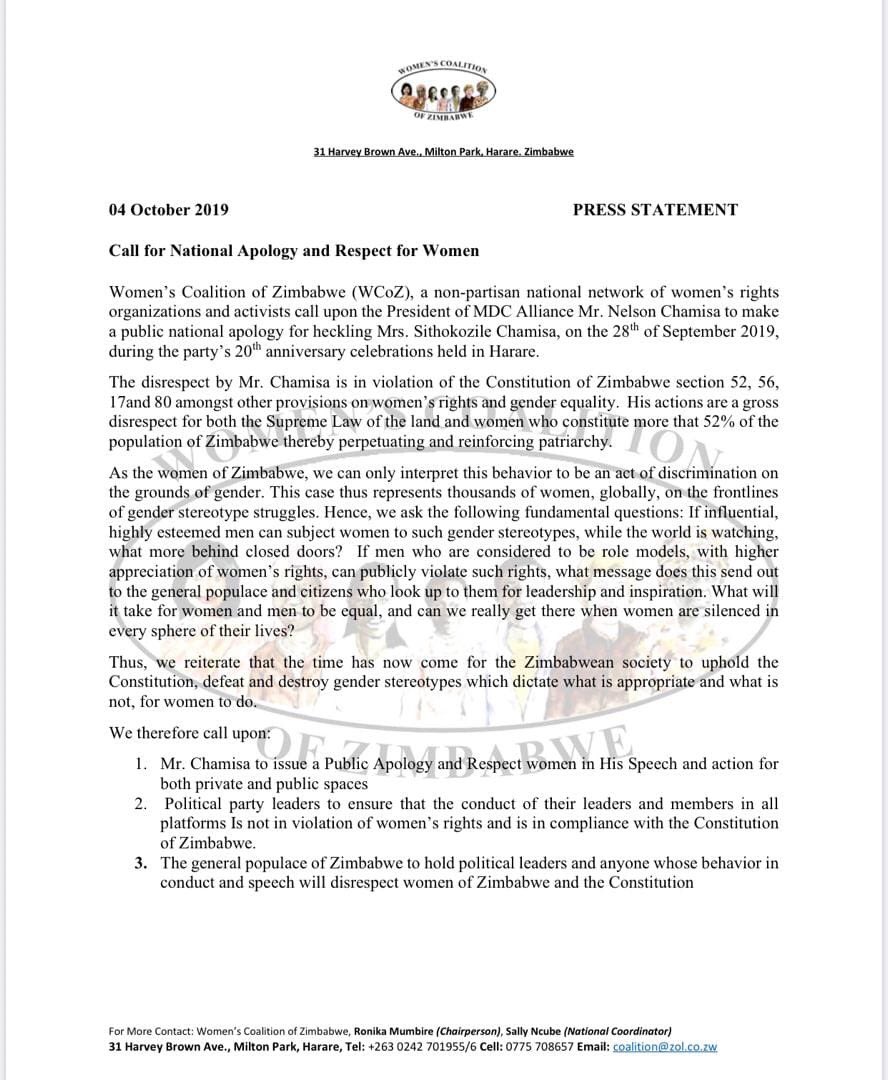