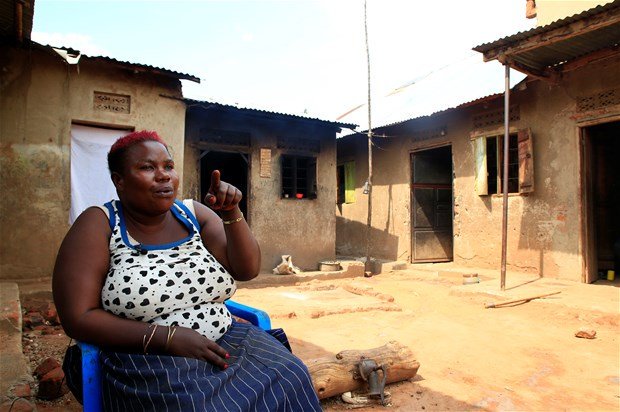 A Ugandan woman who is considered to be the world’s most fertile woman has given birth to 44 kids while she is only 39 years of age.

Mariam Nabatanzi said her hormones aren’t compatible with oral contraceptives. She has given birth to six sets of twins, four sets of triplets and five sets of quadruplets.

In total, she gave birth to 44 children but six died from complications that often arise in multiple births.

Mariam’s husband abandoned his family three tears ago and she has the burden of taking care of the children by herself.

To raise her children, Mariam spends all her time working to earn some money. She does a lot of things: hairdressing, event decorating, collecting and selling scrap metal, brewing local gin and selling herbal medicine to make ends meet.

In her home village of Kabimbiri, she’s known as Nalongo Muzaala Bana (the twin mother that produces quadruplets).

Mariam’s father had 45 children with several women, and they all came in sets of twins, triplets, quadruplets and quintuplets.