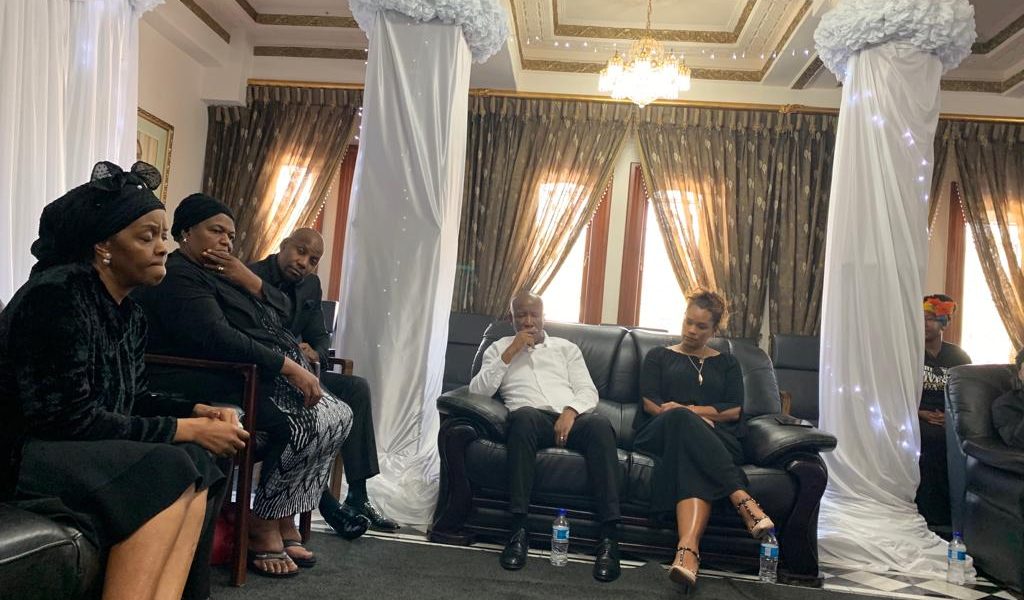 South African opposition party, the Economic Freedom Fighters (EFF) has taken credit for the government of Zimbabwe’s climbdown on its position to bury the late former president Robert Mugabe at the National Heroes Acre.

Writing on Twitter on Friday, the party’s’ vice president Floyd Shivambu said Malema (EFF president) had to remind the government of Zimbabwe to respect the wishes of the dead. Said Shivambu:

The Government of Zimbabwe has finally respected the last Wishes of President Mugabe and the family to bury him in Zvimba.

It took the courageous leadership of Commander in Chief Julius Sello Malema to remind them of the African tradition of respecting the wishes of the deceased.

Malema visited Mugabe’s widow, Grace Mugabe, at the Blue Roof villa, earlier last week to pay his condolences. Speaking after meeting Mrs Mugabe and her close relatives, Malema condemned what he termed opportunists and arrivalists who are trying to ride on Mugabe’s legacy. He said:

Part of protecting his legacy is first and foremost to respect his last wishes and to respect the wishes of his family. It’s absolute nonsense that you think declaring a person a national hero takes away the right of the family over the deceased.

The family, especially the surviving spouse has got the last word.