The government has given in to the demand by the family of the late former President Robert Mugabe to have his body buried at Kutama Village in Zvimba, his rural home.

In a statement on Thursday, the Permanent Secretary in the Ministry of Information, Publicity and Broadcasting Services, Ndavaningi Nick Mangwana, said:

UPDATE ON THE BURIAL OF THE LATE FORMER PRESIDENT R.G. MUGABE

The family of the late former President R.G Mugabe has expressed its desire to proceed with his burial in Zvimba.

In line with Government Policy to respect the wishes of families of deceased heroes, the Government is cooperating with the Mugabe family in their new position.

The Government will render all necessary support to give the late former President a fitting burial as led by the family. 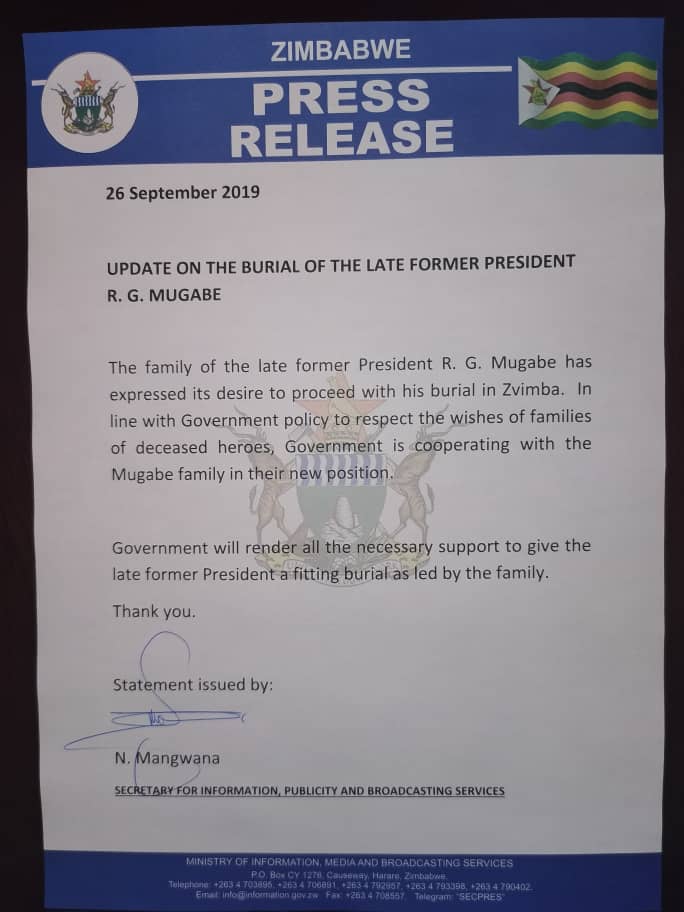 One Comment on “Govt Surrenders To Gushungo Clan, Mugabe To Be Buried In Zvimba”