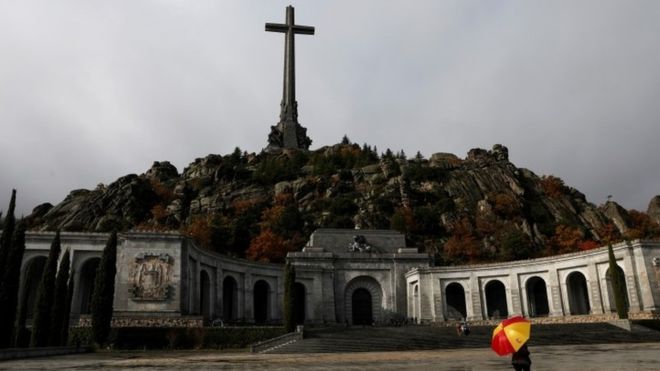 Spain’s Supreme Court has ruled that the remains of dictator General Francisco Franco should be exhumed.

The current Spanish government decided to move Franco’s remains from a state mausoleum to a cemetery where his wife is buried.

Franco took over power following a 1930s civil war when Fascism and Nazism were in the ascendency. He ruled Spain until his death in 1975.

General Franco’s family had appealed against the planned exhumation. The appeal has been thrown out by the Supreme Court.

The late dictator lies in a huge mausoleum near the capital Madrid, called the Valley of the Fallen, alongside tens of thousands of civil war dead.

While many Spanish people loathe the monument, the far-right has embraced it.

The remains will be reburied next to Franco’s wife in the El Pardo cemetery north of Madrid where various other politicians are interred.

The idea that people who were killed by Franco’s troops are buried together with Franco, it’s very absurd, and they’re still glorifying him as if he was the saviour of Spain.