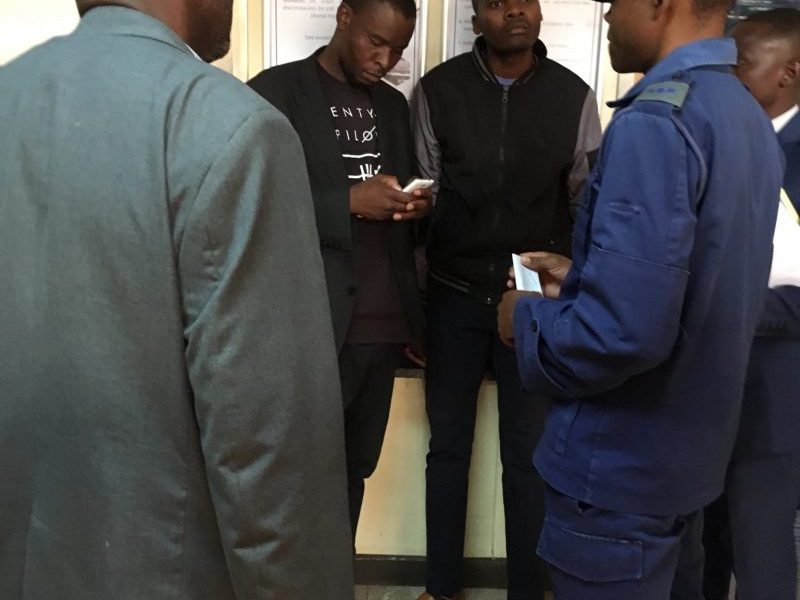 Acting president of the Zimbabwe Hospital Doctors Association (ZHDA), Dr Peter Magombeyi was on Tuesday reportedly assaulted by a man who masqueraded as a police officer at Avenues Clinic.

The police officer who assaulted Dr Magombeyi identified himself as Constable S. Zvinogona. He aggravated an injury on Magombeyi’s arm that was hurt during his alleged abduction over a week ago.

I saw it. I was there. It happened when we were making efforts to have him discharged.

The person refused to identify himself. He is not the one who I was given by the police and what troubled me was who this was since I also saw the message he received on August 28 saying he will be taken away by a whirlwind.

Dr Magombeyi was due to travel to South Africa for further treatment after the High Court interdicted the police from preventing him from travelling.

In a statement late on Tuesday, the Zimbabwe Hospital Doctors Association (ZHDA) said Dr Magombeyi’s health condition may worsen due to delayed medical care with suspicions that he was poisoned by his captors. Part of the statement reads:

High Court has ordered the police to release Dr Peter Magombeyi to go and seek medical attention out of the country. In an attempt to leave the hospital, he was blocked by the brutal police, being harassed and punched. IS THAT PROVIDING SECURITY? It was a drama….

Now he is under hospital arrest at Avenues Clinic, missed his flight whilst his LFTs continue to deteriorate from the suspected poison from perpetrators. He needs your assistance.

One Comment on “Dr Magombeyi Assaulted In Hospital By ‘Police Officer’”