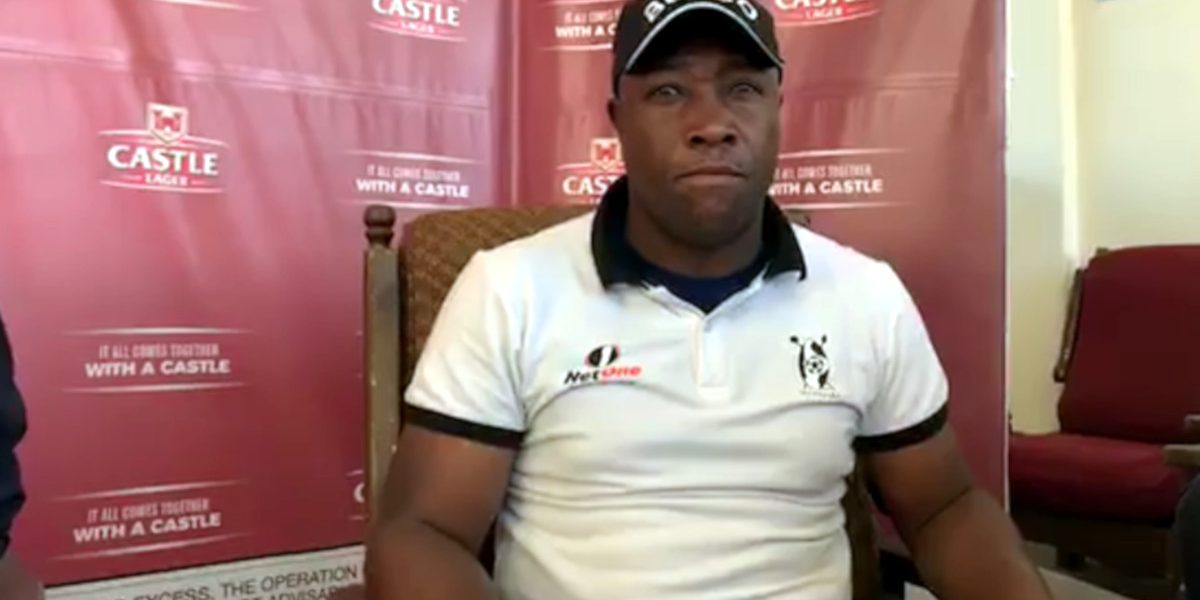 Highlanders FC coach, Mandla Mpofu said he is not bothered by reports suggesting that he has left the club amid reports that a foreign coach is due to take over.

Mpofu told reporters after Sunday morning’s training session at Barbourfields Stadium that the reports are false. He said:

I don’t know the source of the message doing the rounds that I left the club. Those are lies and as it is I’m concentrating on my job and preparing for the important game on Wednesday against Bulawayo Chiefs.

I do not bother myself with other issues (hiring of De Jongh) that I can’t control. I’m simply channelling all my energy on delivering, getting the team out of the danger zone.

We’ve to give our best to make sure that we turn the good displays that we’ve been exhibiting into wins.

The club has allegedly agreed on terms with nomadic Dutch coach Hendrik Pieter de Jongh in a desperate move to stabilise the ship following an extended run of poor results.

Highlanders are currently on 13th position on the log and tied on 25 points with Harare City.